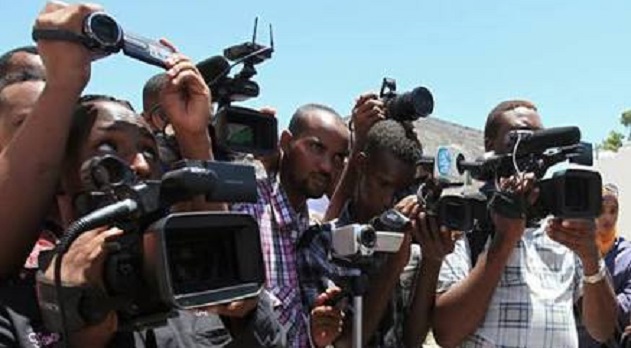 The International Press Centre (IPC) has expressed concern over the renewed wave of attacks on journalists in Nigeria, especially those covering political activities.

The IPC expressed this concern in a press statement released on Monday, and signed by the centre’s Press Freedom Officer, Mrs. Melody Lawal.

IPC said its Safety of Journalists Alert Desk had documented the following recent attacks, among others:

“The shooting by the Police of Toba Adedeji, the Osun State Correspondent of The Nation newspaper while covering a protest over alleged police brutality in Osogbo, the state capital on Tuesday, May 31, 2022. He was injured on the thigh and had to be treated in hospital;

“The attack, harassment and beating by Policemen of Yinka Adeniran, the Oyo State Correspondent of The Nation newspaper while covering the Peoples Democratic Party’s gubernatorial primary at Lekan Salami Sports Complex, Adamasingba, Ibadan on the May 25, 2022;

Read also :IPC to launch documentaries on attacks on journalists

“The attack by suspected political thugs on the vehicle conveying members of the Correspondents Chapel of the Osun State Council of NUJ on May 24th, 2022 while covering the campaign by the State Governor in Gbogan in Aiyedaade Local Government Area; and.

IPC argued that the attacks represent a return to the regime of repression of journalists and other media professionals in Nigeria, adding that such development constitutes grave danger for press freedom and freedom of expression.

“We condemn the attacks and demand the apprehension and trial of the alleged perpetrators so that justice can be served”, Mrs. Lawal said.

Making specific reference to the attacks on journalists on electoral duty, she stressed that political parties need to be reminded that the Nigerian Media Code of Election Coverage requires them to grant access to journalists interested in covering their activities including primaries, while taking measures to protect them from aggrieved party members or political thugs.

IPC said that it has become an urgent imperative for the leadership of the security agencies to enlighten their officials on the need to accord respect to journalists covering events of public interest and refrain from assaulting them.