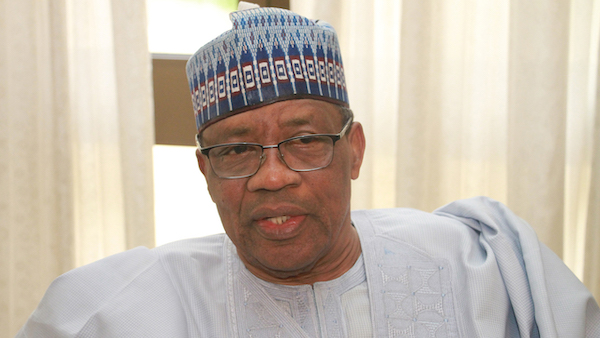 The former Military President of Nigeria, Gen Ibrahim Babangida (retd) has declared that it was silly to conclude that the military caused the problems of Nigeria, as civilians were the ones running the institutions under the army.

Babangida who made the assertion on Friday night in an interview with Channels TV said that the ministries, parastatals and institutions were run by civilians, so if there are any issues, it would be wrong to say the military created them.

According to Babangida, who was at the helm of affairs of the country from 1985 to 1993, the military succeeded in creating the enabling framework for subsequent administrations to build on.

He said: “You were there to show us how the civil service operates, how the system works; the institutions of governance. All these are civilians’ prerogative.

“We didn’t create problems. We created the framework for subsequent administration to build on: infrastructure, democracy and free-market economy.

“We were able to capture and bring to our country what the world is doing.” However, he noted, only a stupid soldier would seize power today, as is currently happening in Mali.

According to him, the world has become smaller and embraced democracy, so “I said stupid because the moment you take over ECOWAS, AU, EU, UN, the Super Powers will come after you with sanctions.”

Babangida said such detractions would not allow a military government function.

Asked why it seems the military regimes in Nigeria built the best and lasting infrastructure in the country, IBB said: “A civilian government has so many stages and politics to contend with.

“But a military government sees a need, such as a road that needs to be constructed and just does it,” the former military leader added.

Speaking further, he said he had not written his memoir for fear of being accused of misrepresentation or being charged to court for libel.

He added that he would want to ensure a thorough job of the memoir.

He said, “I am scared of somebody suing me to court to say that I libelled somebody or that I misrepresented somebody and I will spend five years going to court.

Responding to a question on being bound by the oath of secrecy to keep some issues to himself he said, “Don’t forget, not only in Nigeria but throughout the world. For a certain number of years beyond which anybody will punish you, for opening the secret because you have passed a certain period.”

On writing the memoir he said, “It (memoirs) will come but if it doesn’t come my children will go into the classroom and research.

“Everything that will need research about us we have in abundance. I know that General Obasanjo has a library that is very rich.”