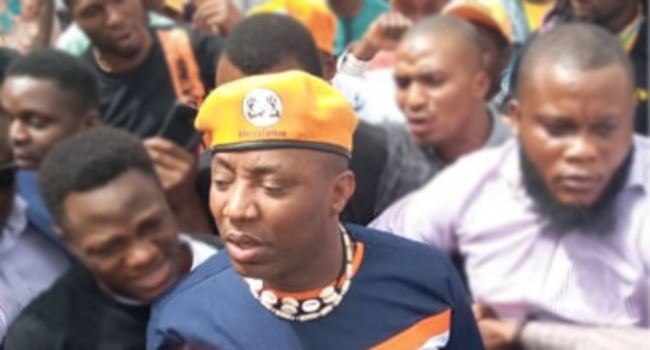 Justice Ifeoma Ojukwu of the Federal High Court, Abuja, on Wednesday went tough against the Federal Government, accusing it of causing the adjustment of the trial of the publisher of Sahara Reporters, Omoyele Sowore, on frivolous grounds.

The judge also awarded the sum of N200,000 as cost against the Federal Government in favour of the defence, warning that the case would now continue on Thursday (tomorrow).

She however gave the prosecution the option of bringing the cash to court.

According to Justice Ojukwu, the prosecution’s request for the adjournment was frivolous and uncalled for, while also condemning the late filing of amended charges and service of same on the defence in the open court on Wednesday.

The judge also berated the prosecution for failing to serve all the necessary documents on the defence as ordered by the court over seven weeks ago.

The prosecuting counsel, Mr. Kayode Alilu, from the office of the Attorney General of the Federation, had earlier explained to the court that the amendment of the charges followed the taking over of the case from the Department of State Services in December, praying the court for an adjournment to effect the service on the defence.

However, the defence lawyer, Mr. Olayinka Olumide-Fusika (SAN), argued that the prosecution were not prepared for trial, urging the court to strike out the charges.

While opposition the call for the case to striked out, Alilu cited Section 396 (5) of Administration of Criminal Justice Act 2011 which he said grants parties in a criminal case to ask for an adjournment up to five times in the course of the trial, adding that the prosecution had yet to exhaust the five times.