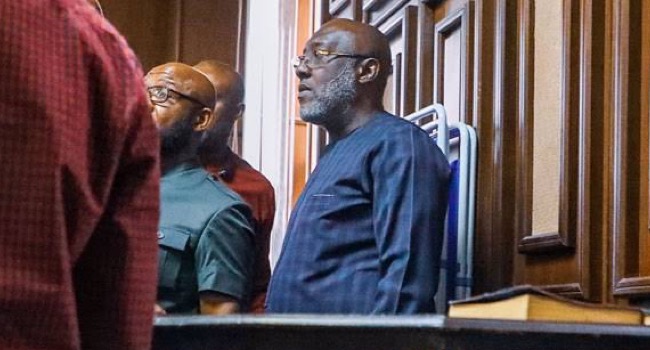 A Federal High Court in Abuja, on Tuesday, declared a former National Publicity Secretary of the Peoples Democratic Party, Olisah Metuh, and his firm, Destra Investments Limited, guilty of the first of seven count charges brought against him by the Economic and Financial Crimes Commission (EFCC).

In the first of the seven counts, they were charged with laundering N400 million collected from the office of the National Security Adviser (NSA) in the buildup to the 2015 general elections.

Metuh and his firm were found guilty on Tuesday, by Justice Okon Abang, who ruled that the sum of N400 million was unlawfully transferred to the defendants by a former NSA, Sambo Dasuki.

Justice Abang further ruled that because they had no form of a contractual relationship with the ONSA, Metuh and his firm ought to have known that the sum of N400 million paid to them formed part of the proceeds of the unlawful activity of Sambo Dasuki.

The presiding judge said that Dasuki transferred the money to the defendants “in breach of public trust”.

The judge said, contrary to the argument, “the predicate offence and the money laundering offence are intertwined”.