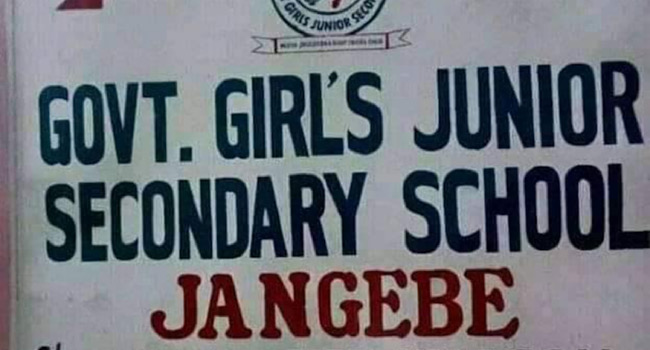 The schoolgirls of Government Girls Secondary School, Jangebe in Talata Mafara local Government Area of Zamfara State who were kidnapped from their school recently, have been released by their abductors.

They are presently at the palace of the Emir of Anka waiting to be transported to Gusau, the State capital.

An aide to the President, Lauretta Onochie confirmed the release of the schoolgirls on Sunday.

Onochie, who is an aide to President Muhammadu Buhari on Social Media, said via her verified Twitter handle, “317 kidnapped Jangebe School girls have been released safely. Kudos to the men and women of our Nigerian Army and the Police.

“Well done too, to the Governor and the Chief Security Officer of Zamfara State.

“When all the states work well, the nation is better of,” Onichie tweeted.

Ripples Nigeria further gathered that the Jangebe schoolgirls were received at the palace of the Emir of Anka waiting for transportation to Gusau, the State capital.

Meanwhile, the Niger State governor, Abubakar Bello, said on Saturday the state government did not pay any ransom to secure the release of the abducted students of Government Science College, Kagara, and their teachers who were Alao recently released from armed bandits.