Kamala Harris, you are not special! | Ripples Nigeria 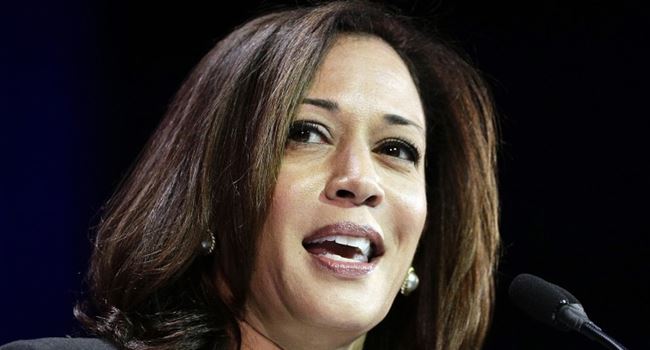 There is something about African leaders, Nigeria in particular and it is that they hide from their problems by making up imagined success if not. If you don’t believe, imagine the Nigerian government ever claimed the feat of technically defeating Boko Haram. Anyways that’s not the matter.

Kamala Harris is the first woman and woman of colour as the vice president of the United States of America. As mysteriously attractive as this is, she is no way special than the children in congo who learn how to mine before they can read, I see no gap between you and the easy touches of this worsened Northern Nigeria insecurity.

She has served as the attorney general, a senator in California, so what? all this still doesn’t make her special, the only thing is that people have been entrusting her to serve their interests and in most cases, she might have done as agreed. She has decided to contest again and on the vehicle of the people’s will rode her way to the seat of the United States of America Vice President. Every leader as popular or not as Kamala harris, every time must remember there exist a social contract between leaders and the people and without hesitation must keep to it.

Just so I don’t pulverize you further, allow me to quickly explain the essence of having leaders, the sacrosanctity of social contract and why as a leader you are not special. Thomas Hobes State of Nature explains that human life would be “solitary, poor, nasty, brutish and short”. In the absence of political order and law, everyone would have unlimited natural freedoms, including the “right to all things” and thus the freedom to plunder rape and murder; there would be an endless “war of all against all” bellum omnium contra omnes. In order to avoid this, free men contract with each other to establish a political community (civil society) through a social contract in which they all gain security in return for subjecting themselves to an assembly of men which is government.

In every contract the parties to it have responsibilities, in this case, The people’s responsibility is to obey law and order, that of the leader is to provide security of lives and ensure a good life for people. In any circumstance that leaders fail this agreement, they should be honest enough to admit the consequences whatever it may be, be it rejection or criticism, living in its denial equals betrayal.

That I am writing about Kamala Harris eventually still doesn’t translate to any significance, I only found an opportunity to leak the Skeletons in the cupboard of Nigerian politicians. If you ever get to read this, Kamala, think about this that you aren’t special and instead to feel this way, demonstrate the courage of Rosa Parks in strictly continuing the global fight against systemic racism, gender oppression, Human rights abuse and poverty. Honestly serve the interest of those who elected you, when you have no capacity to do, do well to honourably resign.

Let’s go back to the matter of Nigerian politicians. ‘Always positivism’ is worrying them, their delusion is so bullet-proof, their self-aggrandizing, over-rated self-esteem stinks. Meanwhile, failure is part of life, it knows no notability of which every good leader admits this when they do they take responsibilities, Nigerian rulers rarely or not do, they live in ugly denial and selfishly rule against people’s will, this is the fate of Buhari who despite all the ugly events happening in Nigeria, effortfully clings on to power like this. Buhari continues to feel good even at the expense of people’s blood being spilt. Buhari who while soldiers carry on a massacre in lagos instead to swiftly respond rather would go numb for days and when the benumbed would come alive again denied the incident. The Nigerian leader and cronies would be living in just a high or what would one use to shut one’s eyes to such a responsibility. But eventually, reality must hit, and all the avoided problems will consume the Nigerian ruling class.