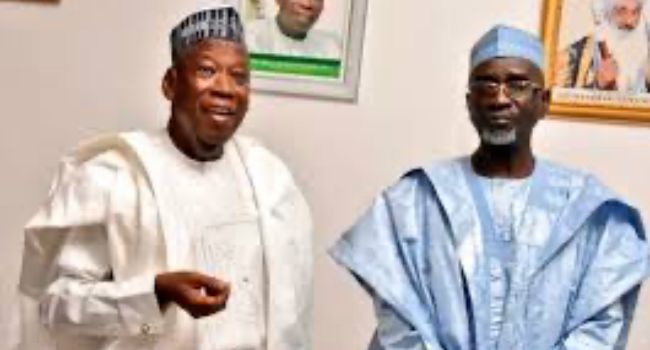 The crisis rocking the Kano State chapter of the All Progressives Congress (APC) is not going away soon as the faction loyal to former Governor, Sen. Ibrahim Shekarau, on Monday, rejected a power-sharing format set in place by the national body of the party.

The APC had resorted to the template with the aim of resolving the lingering crisis in the state occasioned by the leadership tussle between Governor Umar Ganduje and the Shekarau-led faction called the G-7, on who should be the leader of the party.

The party in the state had further been polarised following two parallel congresses held by both the Ganduje and Shekarau factions with each claiming to be the authentic congress, with the crisis seeing several court cases instituted by both factions.

Earlier on Monday, the party’s national secretariat waded into the crisis by meeting with both groups and came up with a template to address the issues raised by both stakeholders.

The party also set up a National/State Joint Supervisory Committee to implement the template with the committee to be headed by Ganduje and assisted by Senator Shekarau.

However, a few hours after the template was communicated to the groups, the Shekarau led group called the G-7, wrote to the national secretariat saying it would not accept the power-sharing formula.

In the letter entitled “Re: Guidelines for the Harmonization of the Party Structure in Kano,” the Shekarau faction said it rejected the template as “the entirety of the content of your letter is totally unacceptable to us.”

“We had anticipated that the communication from you would be reflective of the proposals and/or submissions made to you.

“Regrettably, however, your said letter to us never contained the proposals and/or submissions put forward by both sides, not even made reference to them,” part of the letter said.