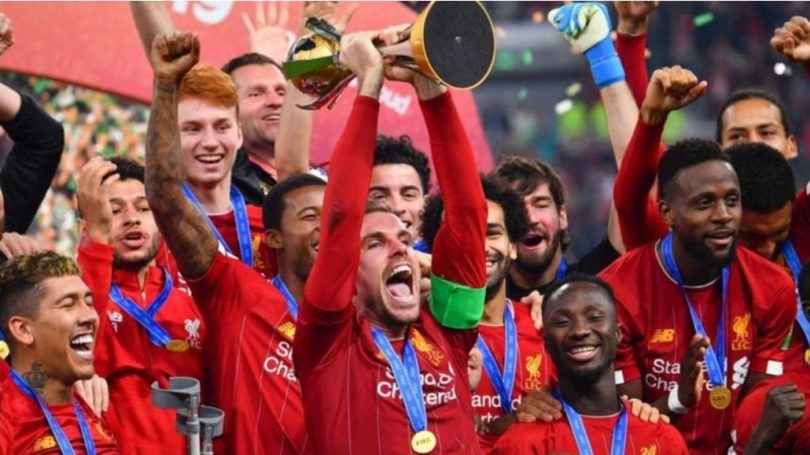 Liverpool boss, Jurgen Klopp has hailed the performance of his team after the Reds defeated Flamengo in the final of the FIFA Club World Cup on Saturday night.

The Premier League side were held to a goalless draw at the end of regulation time, but secured the win in extra time.

A 99th-minute goal by Roberto Firmino gave Klopp’s side the victory at the Khalifa International Stadium in Qatar.

It is the second trophy the Reds have won this season after beating Chelsea to win the Uefa Super Cup in August.

Klopp said he was proud of his players for putting in such a strong performance in another final.

“The boys dug in again and massively put in a performance,” said Klopp.

“They keep getting tested constantly – our life is like this. At the moment we pass test after test after test. We have to make sure we pass further tests as well.”

He added: “I struggle to find the words to express my respect for the boys, it was incredible. We did so many good things.”

Liverpool are 10 points ahead in the Premier League, with a game in hand having missed their fixture of the weekend.