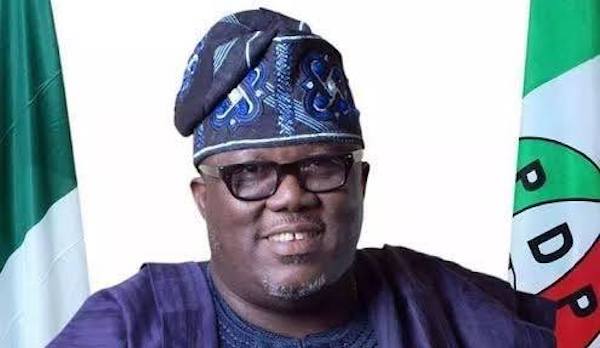 The Peoples Democratic Party (PDP) in Lagos State has suspended its chairman, Mr. Adedeji Doherty, for alleged financial mismanagement and polarization of the party.

The PDP Secretary in the state, Mr. Muiz Shodipe, who announced Doherty’s suspension at a news conference, said the chairman was guilty of anti-party activities.

He said members of the party’s executive committee in the state had passed a vote of no confidence in the chairman over the allegations.

Before the press briefing, the PDP members held a congress and appointed the deputy chairman, Waliu Hassan, as acting chairman of the party in Lagos.

They also passed a vote of confidence on Shodipe, the State Publicity Secretary, Mr. Gani Taofeeq, and the State Ex-Officio, Mr. Nurudeen Adewale.

The briefing was attended by the member of PDP Caretaker Committee in South-West, Chief Taiwo Kuye; the party’s Vice-Chairman in Lagos Central, Alhaji Segun Sowole, and the Legal Adviser, Mr. Tejumade Muyideen.

Shodipe said Doherty does not care about the party’s image in the media, adding that he always makes pronouncements that were never discussed at any of the party’s forum.

He said: “The PDP elders brought Doherty on board as a unifying factor but he had been acting to the contrary.

“The chairman has been demanding loyalty to himself or declaring members as persona non grata if they are unwilling.

“He lacks transparency in the management of party finances and administration.

“Since his assumption of office as the state chairman in the last one year, Doherty has failed to, at least, convene just one state assembly meeting.

“The assembly meeting comprised of all strata of the party at all levels, most importantly the state working committee and the state executive members.”