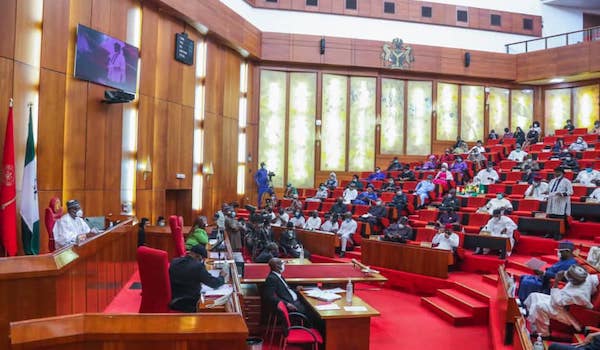 Lawmakers at the upper chamber during plenary on Tuesday directed the Department of Petroleum Resources (DPR) to clamp down on illegal retailers of Liquefied Petroleum Gas (LPG), popularly known as cooking gas.

According to the lawmakers, such retailers include those who operate without a valid licence, within residential areas, and licensed plants who lack basic and standard minimum requirements like fire detectors and extinguishers, water sprinklers, temperature gauge, pressure, and volume measuring equipment, among others.

Furthermore, they called on DPR to put in place systems and structures for the enforcement of the Federal Government’s ban on consumer ownership of LPG cylinders to enhance safety and deepen cooking gas penetration in the country.

Also, the lawmakers mandated its committees on Gas, and Industries to investigate the causes of the recent cases of gas explosions in Ogun State, 36 states, and the Federal Capital Territory (FCT) to find solutions that would save lives, and report to the Senate.

Meanwhile, the upper chamber urged the Standards Organisation of Nigeria (SON), DPR, National Orientation Agency (NOA), and gas marketers to embark on aggressive and consistent awareness campaigns on safe ways of using gas cylinders and other inflammable materials to save lives.