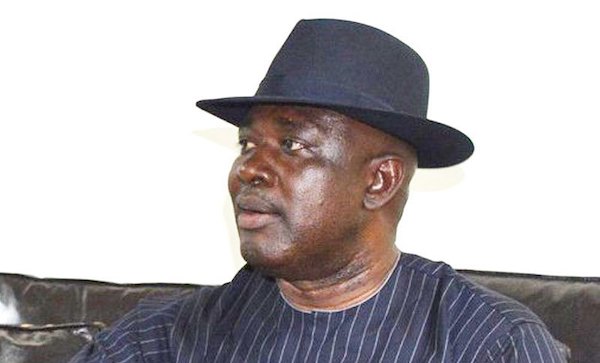 A faction of the All Progressives Congress (APC) in Bayelsa State, loyal to the former minister of State for Agriculture, Senator Heineken Lokpobiri, has threatened the leadership of the party with contempt charges.

The faction maintained that the APC defied a court order restraining it from conducting the ward, local government and state congresses.

Also, it claimed that contrary to the injunction of the Bayelsa State High Court, the party went ahead to conduct the same and subsequently inaugurated Dennis Otiotio, a lawyer, as the chairman.

It would be recalled that before the October 16 state congresses of the APC held across the country, a Bayelsa High Court had restrained the party with an injunction against conducting the ward, local government and state congresses.

The restraining order was based on a suit filed by three aspirants: Omadec Victor, O. Esuenifie and Seimiegha Agbozu in a suit, YHC/107/2021.

Also, a chieftain of the party and state chairmanship aspirant, Sunday Frank-Oputu, in a statement threatened to file a suit at the Federal High Court seeking sanctions against the party.

He said he will only jettison the suit if the APC Appeal Committee cancels the outcome of the exercise, which saw the inauguration of Otiotio as the chairman.

In a petition dated October 18, Frank-Oputu, who is a member of Lokpobiri’s faction, called on the leadership of the party to cancel the state congress purportedly conducted on October 16 and conduct a more credible, free and fair one.

In his petition to the Caretaker/Extraordinary Convention Planning Committee, he urged the party to cancel the state congress held by the Chief Timipre Sylva faction, describing it as devoid of foundation due to the subsisting order of the state High Court that restrained the party.

Frank-Oputu claimed that Sylva’s faction displayed open disrespect for court orders issued against the conduct of the ward, local government and state congresses.

He said: “The ward and local government congresses in Bayelsa were purportedly conducted on void footing.

“It, therefore, means that there was no delegate anywhere in the APC in Bayelsa to anticipate the conduct of the failed state congress of October 16, which ought not to have taken place at all. So, it was a nullity, as the exercise was an infraction on the subsisting order of the court.”

MURIC campaigns against Osinbajo, other South-West Christians for 2023 presidency