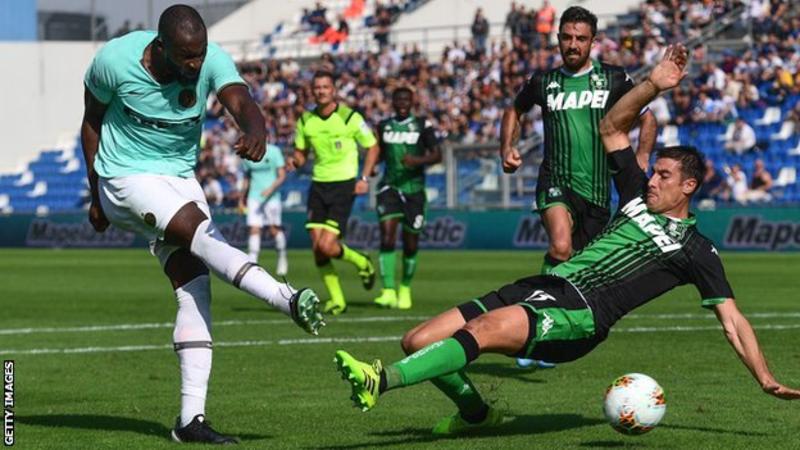 Belgium striker, Romelu Lukaku says he is feeling good but needs to work harder after he scored twice in Inter Milan’s Serie clash with Sassuolo.

The game, played on Sunday, saw the title chasers survive a fightback to win 4-3 at Sassuolo.

Antonio Conte’s Inter are one point behind leaders Juventus.

Lukaku’s first was a powerful drive and his second was a penalty, while Inter’s other goals came by Lautaro Martinez.

Domenico Berardi had equalised earlier, before Filip Djuricic and Jeremie Boga scored for Sassuolo to set up a tense finale but Inter held on.

“We did everything right in the first half and should have scored more in the second,” Lukaku told DAZN.

“Once it goes to 3-1 and 4-1, it ought to be over. The positive we take is that we got the three points, but we need to defend better than that.

“I’m feeling good but need to work even harder to help out the team for the entirety of matches. I’m happy today because the victory was important for the group. Now, I’ll only think about improving still further.”

Lukaku has scored five goals in eight Serie A games since leaving Old Trafford for the San Siro in the summer.