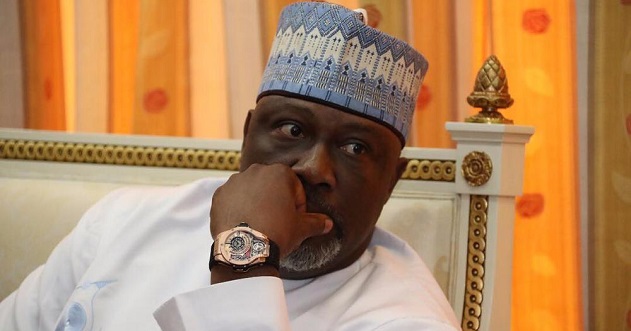 The Chairman of the Screening Committee for the South-West Congress of the Peoples Democratic Party (PDP) Dino Melaye, on Sunday, expressed hope and confidence in a peaceful and fair congress today (Monday).

However, Melaye revealed that not all aspirants contesting positions in the election were certified.

The congress scheduled for Osogbo, Osun state capital on Monday (today) has pitched aspirants for various positions from the camp of Oyo State Governor, Seyi Makinde, against those being backed by a former governor of Ekiti State, Ayo Fayose.

Nonetheless, Melaye expressed hope of a peaceful congress as elders of the party were considering bringing aspirants from both camps into further negotiation ahead of the congress.

Speaking to journalists after concluding the screening of the aspirants, Melaye said his committee did its job with the fear of God.

He, however, did not reveal the aspirants that were disqualified by the committee, when he was asked.

Melaye said, “I want to say that the exercise was very peaceful and I am happy with the way the aspirants conducted themselves. We started well and it ended well and it was a very wonderful exercise.

“Everyone is happy, the atmosphere is very clear and peaceful. We did justice and conducted the exercise with the fear of God. I have a standard and I won’t go below that bar.

“Not every aspirant will partake because those who met the required or minimum standard were cleared and those who did not meet the standards will not participate. Not everyone who wishes to have a clearance certificate got it.”

“I can’t reveal those that did not meet the required standard. There will be a free and fair congress tomorrow (Monday) and today’s clearance has given us a sample of what tomorrow will be.”