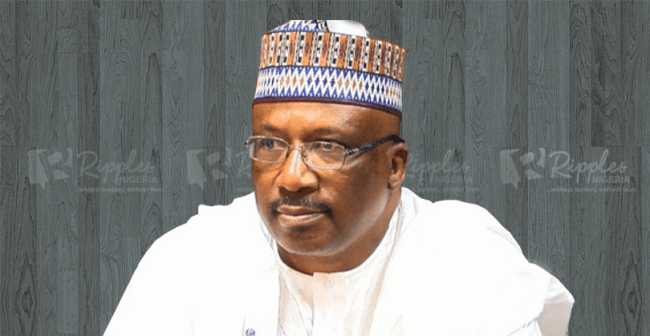 The Movement for the Actualisation of the Sovereign State of Biafra has criticised a former Chief of Army Staff and Minister of Interior, Lt. Gen. Abdulrahman Dambazau (retd.), for comparing the Indigenous People of Biafra, O’odua People’s Congress, and other pro-Biafra agitators with a terrorist group, Boko Haram.

MASSOB bemoaned that the utterances of the former minister were unguided and reckless.

It noted that it was Dambazau’s kinsmen who he described as Fulani herdsmen that were terrorising and destroying Nigeria.

Ripples Nigeria had reported that Dambazau, speaking on Friday in Abuja at the inauguration of Army War College Nigeria Course 5/2021, said the proscribed IPOB and the OPC shared similarities with the terrorist group, Boko Haram.

However, in a statement issued on Sunday, April 11, by its National Director of Information, Edeson Samuel, MASSOB said Dambazau habours a Jihadist agenda against the South due to his comparison.

The statement partly read, “It is a well-known fact that IPOB, OPC, MASSOB and other self-determination groups in Nigeria are engaged in a legitimate self-determination struggle for our people’s liberation from the series of slavery the British yoked us with the Hausa Fulani-dominated Nigeria Enterprise with their Islamic and Sharia hostages.

“How can a man who has served in the military as Army General suddenly become myopic and exhibit loss of his sense of reasoning by comparing IPOB, OPC to Islamic terrorist Boko Haram?

“The Fulani from Sudan, Mali, Niger, and Libya are now residents in Nigeria. They are in our rural villages as shoe menders, water well diggers, okada riders, and tailors waiting to execute their plans of overtaking the Southern and Middle Belt regions.

“The coordinated synergy of all pro-independence agitators in Biafra, Oduduwa, and Middle Belt lands will always resist the Fulani domination.”

MURIC accuses CAN of ‘bad intentions’ towards Muslims amid hijab saga