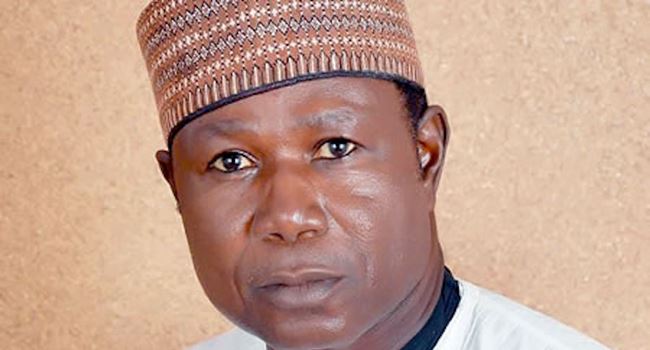 Pogu, who spoke with journalists in Makurdi, Benue State, also supported the cleric’s position that the Federal Government should invite the Indigenous People of Biafra (IPOB) for negotiation.

Gumi had on Wednesday accused the military of conspiracy in the fight against the nation’s security challenges.

The cleric, who featured in a programme on ARISE TV, “Morning Show,” demanded an immediate overhaul of the nation’s security architecture if the problems insurgents and banditry must come to an end in the country.

The MBF chief, however, dismissed Gumi’s suggestion on the government’s negotiation with bandits.

Pogu said: “If you remember the statement of Gen. T.Y. Danjuma (retd) in 2018, he said that they are colluding. Now the word colluding has a lot of connotations. It meant that they were conspiring together to achieve whatever they are achieving. And yes, there are evidences here and there that these people are being given cover by our security agents.

“For example their location is known but they are never attacked or routed out. Whether it is Boko Haram, bandits, or Fulani herdsmen militia, their operations are the same. And we are convinced that our military has the capacity to clear this thing in a very short while? But it is never done for reasons best known to the security agencies.

“Another evidence is that soldiers and policemen are kept around towns to keep watch rather than to go and attack the bandit or the insurgents. They just use a cover saying it is an asymmetric war. What do we mean by asymmetric war if their locations are known? So in that regard, what Gumi said is correct that there is collusion because as far back as 2018 Gen. Danjuma said there was collusion.

“Then on the issue of negotiation. The fact is that negotiation comes in only because there is insincerity on the part of the security agencies. If not, they can be crushed.

“Why would you give people who are ruthless the window of opportunity to negotiate? Yes, there are some people in the Boko Haram movement who have been indoctrinated into thinking that they are fighting a jihad. And when they are in, they cannot go out. If there are such instances, yes you can maybe rehabilitate, you can re-radicalize such elements.

“But when you have hardened people who go and kill without provocation and you suggest negotiation, who will you negotiate with? That means government should reward insurgents which will encourage others to do something likewise. So we don’t buy into the talk of negotiation. If people are captured in war, of course you can de-radicalizing them because they surrendered in war.

“We cannot go and start negotiating with people who kill Nigerians without provocation.”