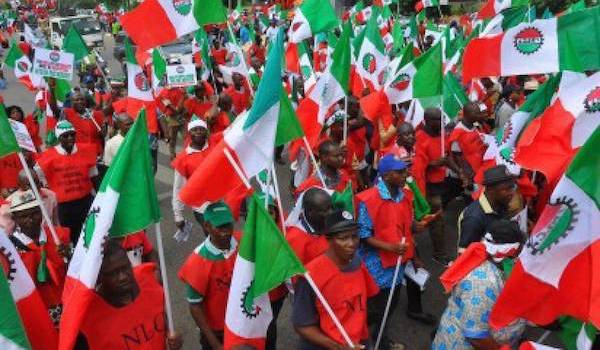 The Joint National Public Service Negotiating Council (JNPSNC) has said it would give no further notice to the federal government before public servants commence strike over the non-implementation of the new minimum wage.

It, therefore, enjoined Nigerians to appeal to the government to implement the new minimum wage with adequate consequential adjustments to avoid the looming industrial crisis.

The organised labour under the auspices of the Trade Union Side (TUS) of the council made the call on Tuesday following failure to reach an agreement with the government over non-implementation.

Anchaver Simon, TUS Acting Chairman, and the Sevretary, Alade Lawal, in a statement said efforts by the unions to persuade government to implement the new minimum wage with appropriate consequential adjustment had proved abortive.

“It has become imperative to alert the general public that all efforts by the Trade Unions to persuade the government to implement the new N30,000 monthly National Minimum Wage signed into Law by President Muhammadu Buhari on April 18, 2019 with appropriate consequential adjustment, had been frustrated by government,” they said.

TUS noted that the Consequential Adjustment Committee had on Sept. 3 agreed that the proposal of the TUS be forwarded to the president to see the patriotic position of labour and approve appropriate consequential adjustment accordingly.

“As we write, Nigeria is rated the poorest country in the whole world and yet government is refusing to implement a minimum wage for Nigerian workers to lift millions of citizens out of poverty,” the union said.

Meanwhile, the TUS stated that the Trade Union Congress of Nigerian and the Nigeria Labour Congress had been briefed on the breakdown of negotiation in respect of consequential adjustment arising from the new N30,000 monthly National Minimum Wage.

Afrophobia is a mental disease within black people too