Most out of school children in Katsina are not Nigerians, Masari says | Ripples Nigeria 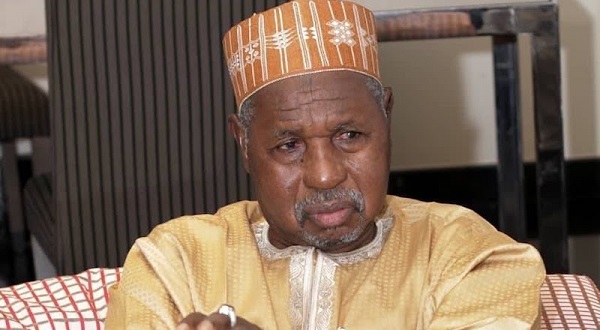 Governor Aminu Masari of Katsina State on Friday admitted that there are 996,000 out-of-school children in his state.

The governor, who stated this while fielding questions from journalists, however added that most of the affected children were not Nigerians.

“Since they are now in Nigeria, they become part of our responsibility, and the government is doing what it can to make sure that it addresses the issue of Almajiris roaming the streets”, Masari said.

The governor also said the state would incorporate the Qur’anic education system into the school feeding programme as part of measures to integrate the system into western education.

He said: “We will work with the Universal Basic Education Commission and Federal Ministry of Education to see how we can come into the system and improve it.”

According to him, the census of all Qur’anic schools in the state would soon be taken, with students’ population and locations, adding that the state government had made an adequate arrangement with religious leaders on how to ensure the success of the programme.

Under the arrangement, any scholar that is from Katsina State will have to go back to his community and teach the Almajiris there.

“We have to do away with cultural beliefs. A child can learn both Qur’anic and Islamic education at home; he does not need to go far away. We will also introduce western education into the system,” he said.

The United Nations Children’s Fund in 2018 said there were 13.2 million out-of-school children in Nigeria, which is the highest in the world.

Related Topics:AlmajirisMasariOut of School Children
Up Next

EKITI: Herders admit colleagues from the North responsible for killings, destruction of farms