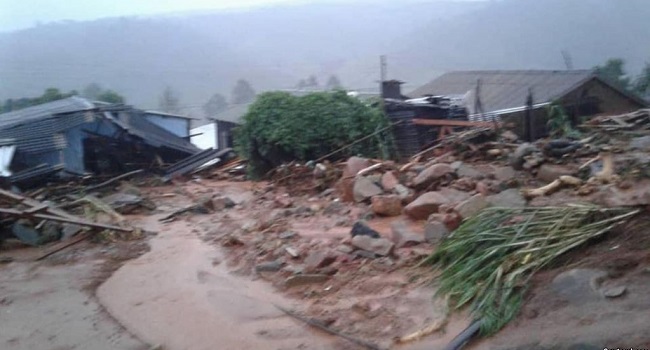 Mozambique officials have disclosed that 15,000 people still need to be rescued from the devastation caused by Cyclone Idai.

In the port city of Beira, aid workers say there are only two to three days of clean water left while Medical agencies have warned that the shortage of food and clean drinking water is increasing the threat of disease.

The powerful cyclone swept in to Beira last Thursday, with winds of more than 177km/h after leaving a trail of devastation as it moved inland.

Caroline Haga, an official with the International Federation of Red Cross and Red Crescent Societies, said the worst-hit areas were close to the Buzi river west of Beira.

“We have thousands of people… in roofs and trees waiting for rescue.

“We are running out of time. People have been waiting for rescue for more than three days now. We can’t pick up all the people so our priority is children, pregnant women, injured people” Ms Haga told a news agency.

In Malawi, the UN says more than 80,000 people have been displaced by the cyclone.

US soldiers killed during operation in Afghanistan