MTN Project Fame winner, Chidinma, chooses to be a soldier of Christ. Here is why | Ripples Nigeria 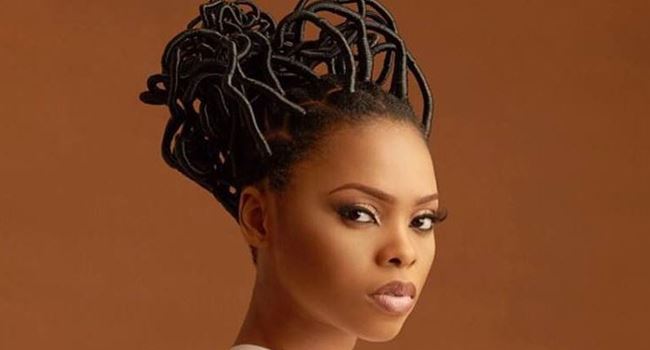 Nigerian recording artiste, Chidinma Ekile has denounced her affiliation with the secular music industry after she signed up with the Christian record label, Eezee Concept, home to renowned gospel artiste, Mercy Chinwo.

Ekile has released a gospel song titled, ‘Jehova overdo’, which marks the commencement of her journey in the Christian music industry.

What influenced her decision to become a gospel artiste?

Chidinma Ekile came into the limelight in 2010 when she won the 3rd edition of the reality show, MTN Project Fame.

Her emergence saw her sign up with iLLBliss and Clarence Peters’ record label, Capital Hill/Goretti Company, and became a West African sensation with the single, ‘Kedike.’

She also released other singles like ‘Emi Ni Baller,’ which won Best Video at the 2014 Headies. At the 2012 edition of the KORA Awards, Chidinma won Best Female West African Act. She was also nominated for Best Female Act at the 2014 MTV Africa Music Awards.

Despite being a popster, Chidinma has remained one of the most inspirational singer-songwriters in the music industry. Her style of music has always been on the fence, it was not necessarily sensual or controversial like her counterparts; instead, she has always maintained a positive image.

While she meddles with relationship and romance-themed songs every once a while, Chidinma upheld the ‘good girl’ persona.

Prior to her decision to become a gospel artiste, Chidnma has been seen performing in church concerts and moderated Christian events- such as youth fellowship, etc.

A conservative, in her decade-long music career, Chidinma kept an Anita Barker-esque hairstyle. Several people have argued is due to her religious background. However, she never revealed why.

It was only a matter of time before she returned to the church, where she initially started her music career.

On Sunday, May 2, the songstress announced her official rebrand as a gospel artiste.

The announcement comes with the celebration of her 30th birthday, as she revealed she is now a soldier of Christ.

Is Jamil Abubakar, son-in-law of Aliko Dangote, scheming for another wife?