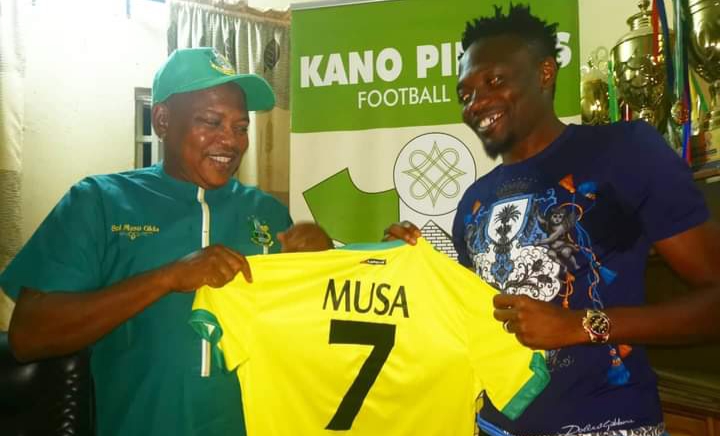 The 28-year-old, who had been without a club since October 2020, finally rejoined his former club in the Nigerian topflight.

Musa became league topscorer during the 2009-10 season at Kano Pillars, scoring 18 goals before the breakthrough attracted the interests of Europe clubs.

During his unveiling on Thursday evening after he had agreed to a short term deal with the club, Musa said he was hoping to set a record.

“I left Pillars over 10-years ago without winning the league then but now, by God’s grace, I will make a special record by leading the club to the Nigeria Professional Football League title”, he told the club website.

Four-time NPFL winners, Kano Pillars are currently second on the league table after 19 games this season.

They are on same points as league leaders Kwara United but are of an inferior goal difference.

Musa left Saudi Arabian club, Al Nassr last October with the intention of making a return to the English Premiership but a move to West Brom did not go through.

The former Leicester City winger was in action for Nigeria last month when the Super Eagles defeated Lesotho in an Africa Cup of Nations qualifier in Lagos.