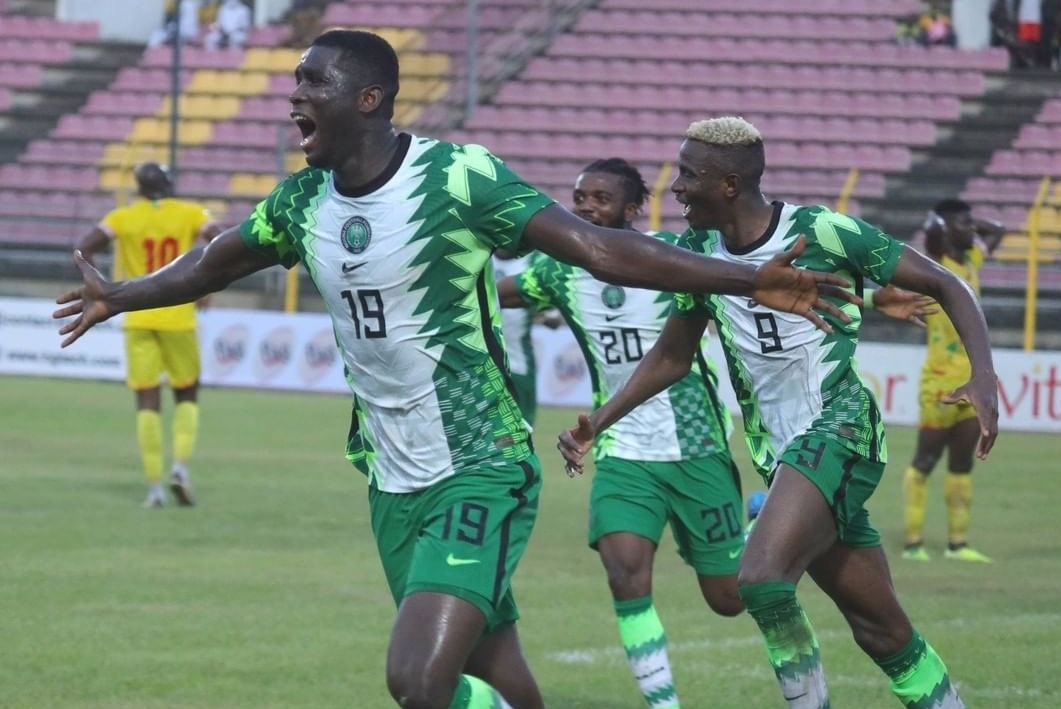 Victor Osimhen, Oghenekaro Etebo and Paul Onuachu were on target for the Super Eagles in their final game of the 2021 Africa Cup of Nations (AFCON) qualifiers against Lesotho.

Napoli forward Osimhen scored in the 22nd minute of the game, on-loan Galatasaray midfielder Etebo scored from a loose ball on 51 minutes before Genk’s Onuachu completed the thrashing on 83 minutes.

With the team cruising, manager Gernot Rohr introduced captain Ahmed Musa in the final minutes of the encounter, against his word that the 28-year-old who has been without a club, was only added as a 24th man in his squad – not to be fielded.

Musa had been without a club since he left Saudi Arabia side, Al-Nassr in October 2020. He was brought on in place of Kelechi Iheanacho after 86 minutes, alongside Enyimba’s Anayo Iwuala, who came on for Samuel Chukwueze.

The Eagles, who already sealed their qualification for the AFCON tournament billed to hold next January in Cameroon, wrapped up the qualifying series with a 3-0 victory over the Crocodiles.

The win means Nigeria defeated Lesotho both home and away, having won 4-2 in Victoria on matchday two.

Tuesday’s game played at the Teslim Balogun Stadium in Surulere, Lagos marked a return of competitive national team game to Lagos after 20 years.

The last time the Super Eagles played a competitive game in Lagos was in 2001, in an AFCON qualifier against Zambia, which they won 1-0 at the National Stadium in Surulere.