Home » Sports » Nigeria Vs Cameroon: 3 things to expect from the AFCON knockout clash 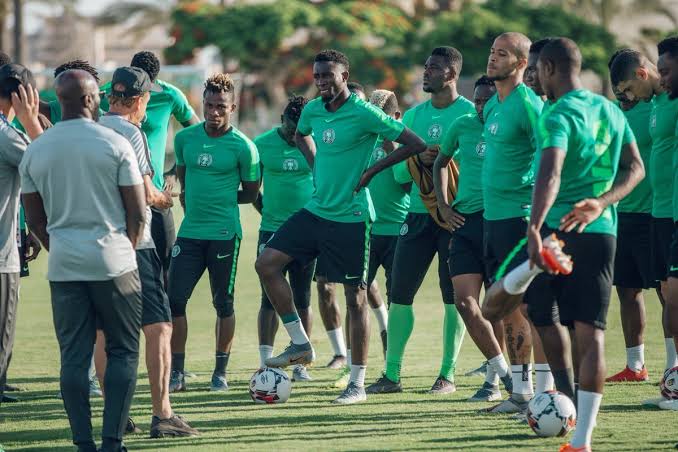 Nigeria’s Super Eagles will trade tackle with the Indomitable Lions of Cameroon today (Saturday) to ascertain who advance to the quaterfinals of the 2019 Africa Cup of Nations (AFCON).

Both teams failed to finish top of their respective groups that comprised of other teams like Ghana, Benin Republic, and Guinea Bissau.

Despite the possibility of facing the talented Nigerian side led by former Chelsea ace John Obi Mikel, defending champions Cameroon failed to cautiously navigate their way out of this contest as they drew goalless with lowly rated Benin.

Nigeria on their own faltered as they could not live up to the billing, unceremoniously losing to debutants Madagascar in their final group B match.

However, with the epic fixture between the two sides, we evaluate the three (3) significant things to look forward to as Nigeria battle Cameroon in the knockout stages of the competition in Egypt.

In the past, Cameroon used to have an edge over Nigeria. But this seems to have changed overtime as the trio of Austin Okocha (Nigeria’s mercurial skipper), Nwankwo Kanu and John Chukwudi Utaka played a role in ending that dominance as we saw in the 2004 AFCON.

On that occasion, Nigeria won 2-1 with Okocha and Utaka coming to the rescue with goals while it was Kanu who made the key pass that led to Utaka’s winning goal. Since then, the Super Eagles have gained an ascendancy over the Indomitable lions.

Most recently, the Eagles prevented Cameroon from qualifying for the Russia 2018 World Cup as they beat Cameroon 4-0 at home and drew 1-1 in the reverse fixture in Yaoundé. The record will be in their mind ahead of Saturday’s clash as they aim to assert themselves against the Super Eagles.

This will be the bone of contention as Cameroon go for their own pound
of flesh when both sides meet on the pitch.

Both Nations are the pride of African football as they have shown with
their achievement on the global scene. They are the only countries on
the continent to have won the Olympic gold medal in men’s football.

Cameroon won it in 2000 while Nigeria won in 1996, beating giants in
World football like Brazil and Argentina to the Podium. Only few other countries like Ghana and Egypt come closer in terms of football achievement in Africa.

This is a reality to the depth of their impact in promoting the name of Africa at the highest level. As both giants meet, expect fireworks and physical challenges as rivalry brews between the two sides.

Cameroon will want to leapfrog Nigeria while the same will be in the heart of Nigeria, as both sides aim to stand above each other with a win when the match is set into play via kick-off by 5:00p.m today (Saturday).

The Nigeria vs. Cameroon match would appear to be a premature match-up at this stage of the AFCON competition. Many may argue this but it appears to be so, as we could have had both teams go a little further in the Egypt tournament.

Though Ghana face Tunisia while Mali would be up against Ivory Coast, the Nigeria-Cameroon match is arguably the toughest pairings in the Round of 16
matches.

This will mean an early exit for the losers of this tie, bearing
in mind the level of hope and expectations coming from back home at a time like this in the AFCON when other sides would be displaying their wares further in the latter stages.