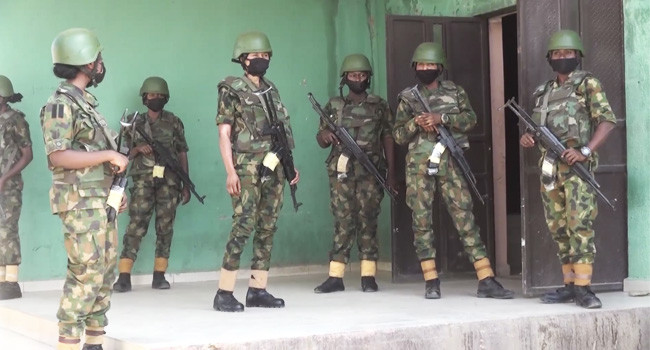 In a renewed effort at checking the activities of armed bandits and kidnappers in the Northern part of the country, the Nigerian Army on Tuesday deployed 300 female soldiers to the Kaduna- Abuja highway to protect road users and residents of the surrounding communities.

The Kaduna State governor, Nasir El-Rufai, who received the first batch of 100 female soldiers on Wednesday, expressed optimism that the additional deployment of soldiers to the highway would help to consolidate the successes recorded by the troops on ground.

The governor later handed over the soldiers’ residential accommodation to the Nigerian Army.

This is the first time the Nigerian Army will deploy female soldiers for internal security operations in the country.

The female officers have been drafted into the Operation Thunder Strike of the Nigerian Army currently conducting a special operation in the state.