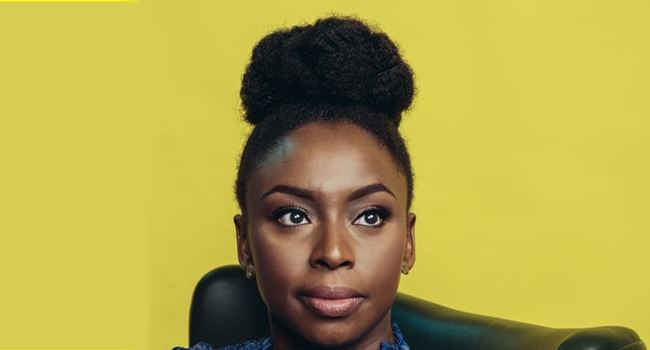 Award-winning Nigerian international author, Chimamanda Ngozi-Adichie, has given reasons why she stopped attending the Catholic Church in Nigeria as all they do is “hold thanksgiving services and fundraising” where they solicit for money instead of catering for the well-being of its members.

The 43-year-old author of ‘Half of a Yellow Sun’ who said this in an interview with media personality, Ebuka Obi-Uchendu, on his talk show, ‘Rubbin’ Minds with Ebuka’ on December 1, said though she was born a Catholic and still considers herself a nominal Catholic, she only attends masses outside Nigeria whenever she finds a “progressive Catholic community that upholds humanity.”

“I grew up Catholic. Catholicism was very important to me. It‘s almost like a culture, not just a religion. So even if you leave the Catholic Church, it’s in you. Today, I don’t like to talk about religion because I don’t know.

“I think of myself as agnostic and questioning. Catholicism holds you tight. There are many other protestant denominations that are not so. It’s all-inclusive. You cannot eat before mass. You have to go to confession.

“There are so many rules. It teaches you guilt in a way that I don’t think so many protestant denominations do. I’m Catholic, nominally. I still feel protective of some things about the Catholic Church. But I don’t attend it in Nigeria.

“Culturally, I call myself a Catholic. But if being religious means performing and going to confession, I’m not. I don’t go to church in Nigeria. Outside the country? Certainly, not often. When I find a progressive Catholic Church, I go.”

Also speaking of her admiration for the head of the Catholic Church worldwide, Pope Francis, Adichie said his attempt to reform the system is a welcome development.

“There’s still something beautiful about the mass. I find Latin beautiful, the priests sweeping up in their dresses, and the sense of community. But there’s also a lot that I quarrel with. It’s the Pope I love because he’s so human.

“Hyper-conservative Catholics don’t like him. But if they read the Catholic history, they should know there have been people like him who have reformed the church. I respect religion in general while questioning some of its excesses.”