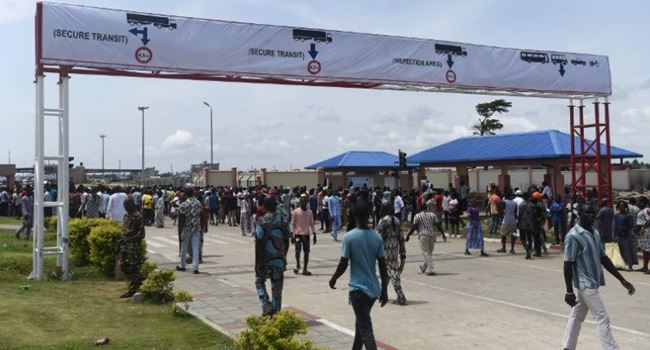 The Federal Government of Nigeria has warned that government may close the borders which were opened recently again, if there is any “trouble”.

This was disclosed on Tuesday by the Senior Special Assistant to the President on Media and Publicity, Garba Shehu, while speaking on Channels Television’s Politics Today programme.

According to Garba Shehu, government is studying activities at four of the nation’s land borders which were reopened last week.

Garba Shehu also lamented that Nigeria’s neighbours had not cooperated with the country to curtail the influx of bandits, insurgents and small weapons fueling insecurity in Nigeria.

He said, “This is why the president considered the closure of the land borders for much of this time until they were reopened a week or so ago.

“This country has been talking to our neighbours, asking them that they cooperate with us in order to stop this influx of bandits, weapons, drugs and trafficking of Nigerian women but the cooperation has not measured up to the expectation of the president.

“This is why he was forced by the necessity of the situation to shut down the borders.

“Now, we are reopening in the hope that the agreement we struck with them, that they will work hand in hand with our own security agencies, with our own customs, on a trial basis, because not all entry points have been reopened. It will be tried, if it works well, then others will be reopened. If there is trouble, then the government may have a rethink.”

“It is the technical committee that will advise the government on how well things are working now that we have reopened four points out of the numerous that we have,” Garba Shehu added.

Related Topics:bordersGarba Shehu
Up Next