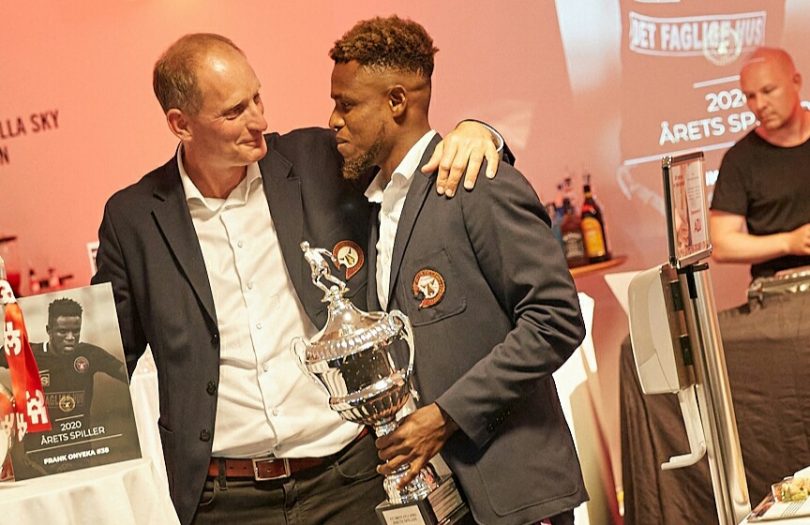 Frank Onyeka, a Nigerian player at Danish club FC Midtylland, has been crowned Player of the Season by the club.

This followed his performance for the team in an outstanding season that saw them emerge league champions.

Midtylland, who clinch their third ever league title this season, disclosed this in a tweet, with a photo of Onyeka receiving his award over the weekend.

Read Also: 20 goals in 35 games – How Simy Nwankwo fired Crotone back to Serie A

The 22-year-old scored four goals made two assists in 35 appearances in all competitions for Midtylland in the just concluded season.

The league title was Onyeka’s second trophy with the club since he joined them in 2018, having also won the Danish Cup in the 2018/2019 campaign.