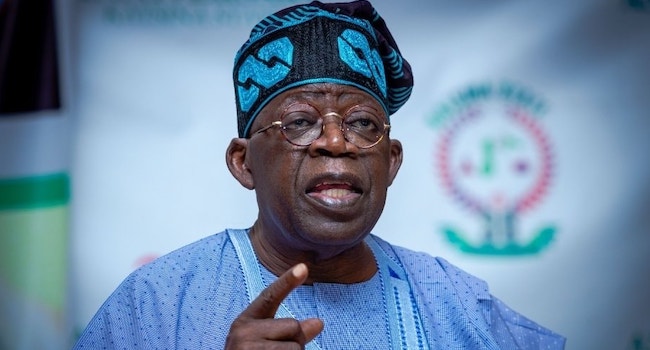 The Nigerian National Petroleum Company (NNPC) Limited has blamed hackers for the post on its Twitter account predicting the running mate of the All Progressive Congress (APC) Presidential candidate, Bola Tinubu.

On Wednesday, the social media account run by NNPC sent out a post hinting on Tinubu choosing a Muslim, after a Twitter user, with the account name ‘@SsaasQuatch’ tweeted the challenge the APC candidate will have in selecting a running mate.

‘’The future doesn’t look all that bright for Tinubu. He can’t run with a Muslim VP and the few Christian choices from the north don’t have required political clout. Interesting to see how this plays out.’’ the Twitter user tweeted.

In response, the NNPC handle stated, “He will run with a Muslim VP.” This led to questions that the government-oil corporation was meddling in politics when it should be neutral.

Following the backlash, the tweet was deleted, and NNPC, in a statement signed by its Group General Manager, Group Public Affairs Division, Garba Muhammad, on Wednesday, said its Twitter account was hacked, blaming the “inappropriate” political tweet on hackers.

‘’The general public is hereby informed that the NNPC Limited’s Twitter handle, @NNPCgroup was compromised and used to send an inappropriate message on 8th June 2022 at 6.35pm. The breach has been successfully addressed, and Twitter handle successfully recovered.

‘’NNPC wishes to reassure the general public that it remains committed to doing business in the most ethical manner at all times.’’ The statement said.

However, Nigerians were not convinced by the statement from NNPC, stating that the company was trying to absolve itself from blame. A Twitter user, Harun Dankano, said the disclaimer was “damage control.”

See other reactions on the issue:

It’s not that serious bros. Your handler fumbled, it’s okay. All these lies ko necessary. https://t.co/ytKYVhWcll

Lmao we be small pikin https://t.co/rItYTcXVe6

Who cares??
Can you just solve the fuel crisis in Abuja abi what’s this rubbish?? https://t.co/7Sil4ydEE1

Why did you delete your first disclaimer tweet??? https://t.co/LZoFsNphVE