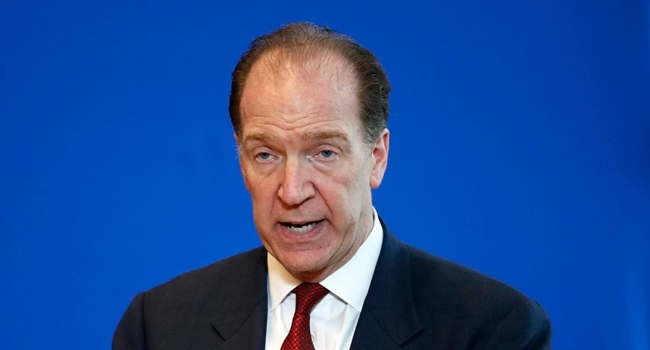 The World Bank has forecasted that the next three years will prove gloomy for Nigeria as growth in the real Gross Domestic Product (GDP) will stall at 2.1% for 2020, 2021 and 2022.

The Washington-headquartered institution, in its January 2020 Global Economic Prospects, gave a bleak prognosis of Nigeria’s economic growth in the years ahead, saying a rudderless government policy framework would account for the poor GDP growth in 2020.

That GDP growth in Africa’s largest economy had been lamentably low in the last few years with 1.9% and 2% posted in 2018 and 2019 respectively which is a worry for investors and pundits.

That the next three years beginning from 2020 will be plagued by arrested economic growth at 2.1% annually is a woe by all measure. Yet, considering the cumulative impact of the five years dating back to 2018 on the nation’s economic situation suggests that succour is out of the question for Nigeria’s largely poor citizenry.

‘Growth in Nigeria is expected to edge up to 2.1% as the macroeconomic framework is not conducive to confidence,’ the World Bank said.

Investors’ confidence in the economy is currently unusually abysmal given the lacklustre performances of both the money and the capital markets in the year that just went by. With investors losing 15.60% of their investment in 2019, the Nigerian Stock Exchange (NSE) ended the year as the second worst performing stock market on the continent after Zambia’s Lusaka Stock Exchange.

Data released by the Debt Management Office last week revealed that foreign investors’ participation in the bond market fell to 4.39% in 2019 from 10.99% the year before on account of fall in yields and the anxieties that plunge in oil prices could put a strain on petrodollar.

The story is in no way different in the treasury bill market, where the current crunch has dragged yields to 5.2%, the lowest in nearly a decade as a matter of fact.

‘Growing uncertainty about the direction of government policies is expected to further dampen the outlook. Growth is projected to remain broadly unchanged, rising only to an average of 2.1 per cent in 2020-22,’ the World Bank publication reads.

Only last Friday, the National Bureau of Statistics (NBS) put the inflation rate for last December at 11.98%, the highest in four months. However, there are no solutions yet in the offing in view of the far-reaching implications that the recent upsurge in Value Added Tax (VAT) rate from 5% to 7.5% will have on consumer spending and household income of Nigerian citizens and the poverty rate.

The World Bank projection emphasises that if insecurity, violence and insurgency actions, particularly in the Sahel, develop and spread geographically, they would hamper economic activity and cause food crisis in economies such as Burkina Faso, Chad, Ethiopia, Mali, Niger and Nigeria.

The World Bank further says that the 2.1% growth rate is weaker than previous projections, suggesting that some new negative factors have shaped the new growth estimate. Such variables include ‘softer external demand, lower oil prices and a slower-than-previously-expected improvement in oil production in view of the lack of much-needed reforms.’