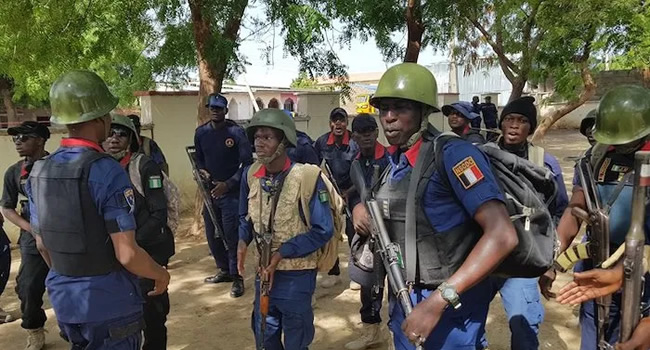 The Osun State Command of the Nigeria Security and Civil Defence Corps (NSCDC) has arrested two suspected illegal miners in the state.

The development was disclosed in a statement on Tuesday by the command’s spokesperson, Daniel Adigun.
Adigun gave the details of the offenders as Ogunmokun Joshua, 24, and Amos Danjos, both from Kaduna State.

According to him, the suspects were arrested on December 12 at the Iperindo area of the state by NSCDC operatives, while engaging in illegal mining activities.

He noted that the suspects confessed that they were culpable of the offences levelled against them.

Furthermore, the spokesperson noted that the commandant in charge of the command, Emmanuel Ocheja, affirmed that the suspects would be charged to court after investigations, noting that such an act denies the government of revenue earnings that could be used for the socio-economic development of the state.