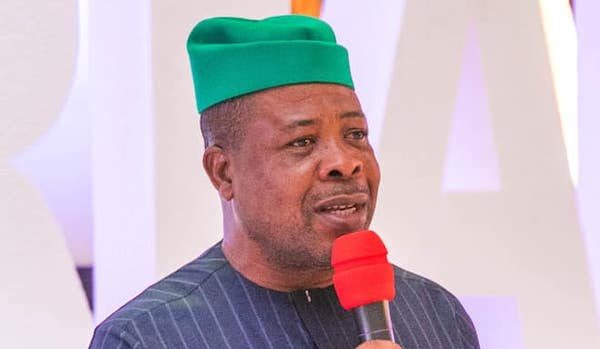 The Court of Appeal sitting in Abuja on Tuesday upheld the election of Imo State Governor, Emeka Ihedioha.

All appellants argued in their appeals that Ihedioha did not obtain the constitutionally required one-quarter of votes cast in at least, two-thirds of the 27 local government areas of the state, as provided under Section 179 of the Constitution.

The court commenced the hearing with the appeal of Uche Nwosu (AA) but later upheld the preliminary objection by the PDP and Governor Ihedioha that the appeal was faulty.

Justice Omoyele said that the court ought to ordinarily dismiss the appeal but in line with the Supreme Court’s guidelines it decided to go ahead and determine the appeal.

After listening to and resolving all the issues raised by Nwosu and his party against the PDP, Justice Omoleye, ordered him to pay a sum of N500,000.

Determining the appeal filed by Senator Hope Uzodinma and APC, the court held that the tribunal had looked at the evidence loophole placed before it and that it is settled law that hearsay evidence is not admissible in court.

Consequently, issues 1, 2, 3 and 4 were resolved against Senator Uzodinma and the APC.

On issue three which bordered on the dismissal of documents, the appeal court resolved it in favour of Senator Uzodinma.

According to the court, the tribunal went out of its jurisdiction to resolve the issues but that notwithstanding, the appeal was lacking in merit and was, therefore, dismissed.

Consequently, a cost of N500,000 was awarded against the appellants.

However, in a dissenting judgment, one of the judges rejected the cross-appeal, filed by Governor Ihedioha and ordered him to pay the sum of 1 million naira to Senator Uzodinma and his party.

The court in dismissing the appeal filed by Senator Ifeanyi Ararume and APGA, equally awarded a cost of N500,000 against the appellants.