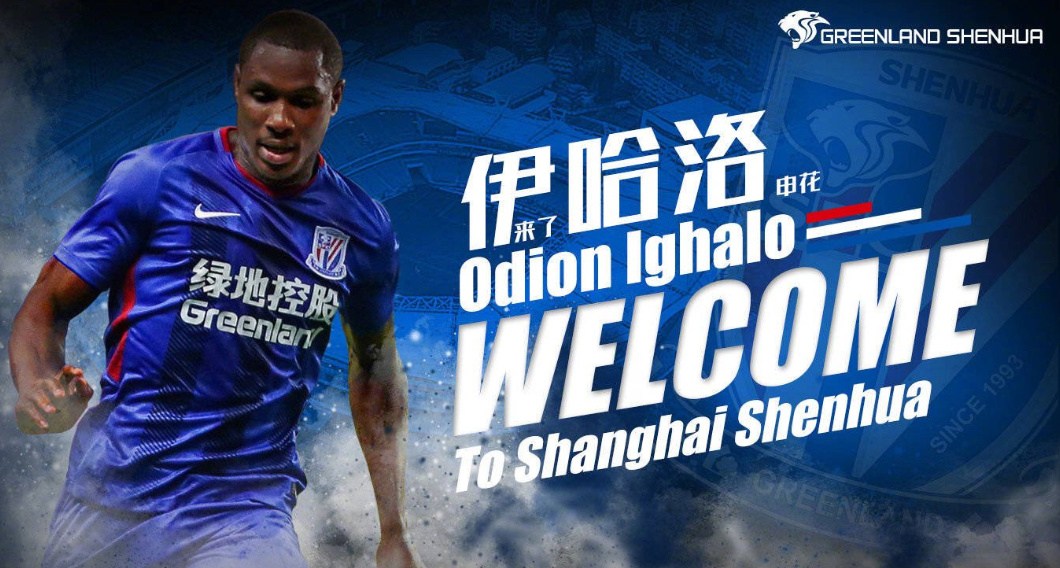 Ighalo was the second higher goal scorer with 21 goals in the Super League last season, but his efforts were not enough to save his club from relegation.

The 29-year-old former Watford of England star did tell the press afterwards that he was willing and ready to return to Europe in January.

But plans did not go his way as he now finally moves to the three-time Chinese League champions on a three-year deal.

“Nigerian striker is joining Shenhua. He will reunite with Flores from their days at Watford,” a tweet from the official handle of Shanghai Shenhua revealed.

“It’s important to sort my club future and I’m happy that it comes with a great opportunity to play under coach Quique [Sanchez Flores] again,” Ighalo, who will reunite with the former Watford manager, told BBC Sport.

“From the beginning he made it clear that he wanted me and I completely understand what that means.

“We’ve had some good times together and importantly it’s good to continue in a league you’ve come to understand, so I am really excited.”

Ighalo has 10 goals in 25 appearances for the Super Eagles and is expected to lead Nigeria’s strike force in their return to the Africa Cup of Nations in June.

He could make his debut for on the 1st of March, against Shanghai SIPG, in the opening day fixture of the 2019 Chinese Super League Season.

Oshoala continues to impress at Barcelona, hits brace in 3-2 defeat