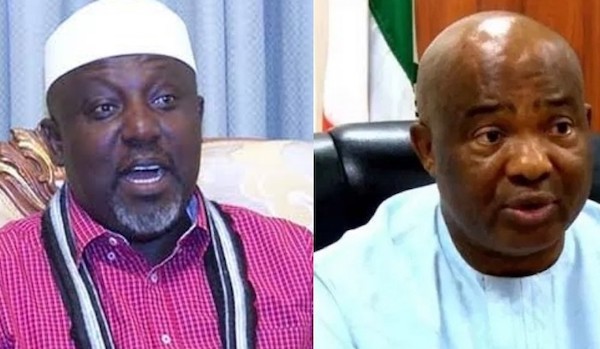 Former governor of Imo State, Rochas Okorocha, on Tuesday assured the new governor of the state, Hope Uzodinma, of his “unflinching support” in his new position.

The Supreme Court had earlier on Tuesday declared Uzodinma as the duly elected governor of the state.

Okorocha in a statement issued by his media aide, Sam Onwuemeodo, shortly after the apex court delivered the verdict, pledged to support Uzodinma in his quest to take the state to the next level.

He also urged the people to help the new governor succeed in the onerous task of governing the state.

“Owelle Okorocha also congratulated the APC members in Imo for the victory. He called on all hands to be on deck for the support of the new governor. Owelle Okorocha assured Senator Uzodinma of his unflinching support.”