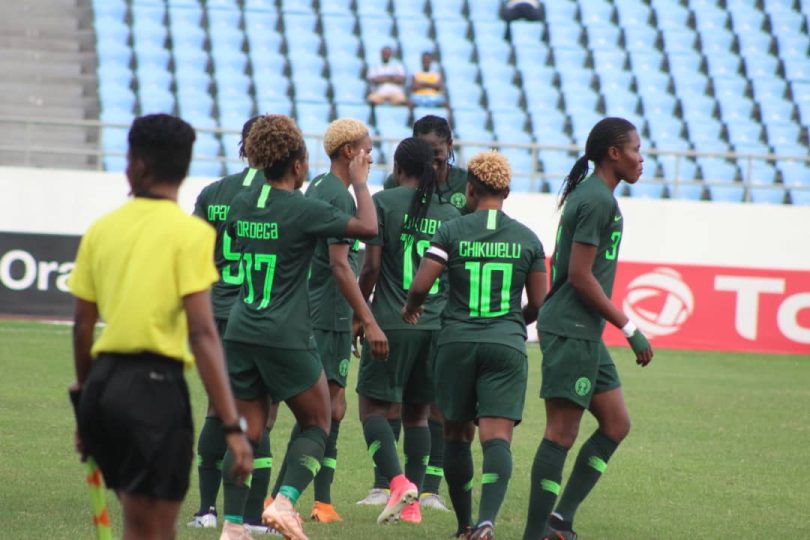 After failing to score since the start of the competition, Super Falcons striker, Asisat Oshoala bagged a hat-trick against Equatorial Guinea on Saturday.

The reigning African best player of the year led her teammates to seal their place in the semi final of the ongoing Africa Cup of Nations (AWCON).

Nigeria thrashed already-eliminated Equatorial Guinea 6-0 to make it two wins in three matches, having lost 1-0 to South Africa in the opening game and won 4-0 over Zambia on matchday two.

Francisca Ordega opened the scoring to put Nigeria ahead from the 10th minute before Oshoala’s three goals followed to end the first half at 4-0.

In the second half, Desire Oparanozie added the fifth, before Rita Chikwelu completed the rout for the defending champions.

In Group B’s other game, South Africa and Zambia drew 1-1 in Accra for the former to top the group with 7 points, having won their previous two clashes.

Nigeria will battle for a 2019 FIFA Women’s World Cup slot when they play in the semifinal, as well as fight for a spot in the final of the tournament.

The three best teams of the tournament will gain qualification for the World Cup in France.

The Thomas Dennerby girls are gunning for a 9th AWCON title, and they are two matches away.