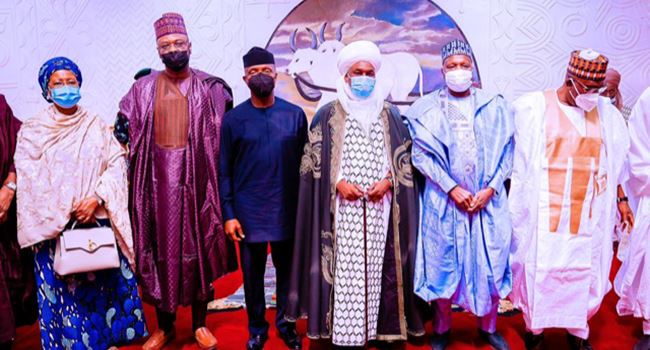 Vice-President Yemi Osinbajo on Tuesday, March 30, stated that the country will remain united despite the agitations of critics demanding her break-up.

According to him, chances are that God will hear the requests of those petitioning God for the country’s survival.

Osinbajo made this assertion at the palace of the Emir of Gombe, Alhaji Shehu Abubakar, during his official visit for the 27th edition of the Micro Small Medium Enterprise Clinic held in Gombe.

“This country will remain one. Those praying for Nigeria’s break up will not succeed because those praying against such are much in number,” Osinbajo said.

In his remarks, the Governor, Muhammadu Yahaya described Osinbajo’s visit as special.

“Gombe State is the centre for commercial activities in the North East which is the reason why it has gained a cosmopolitan status and assured that the State will give the Federal Government all the necessary support to fulfil their programmes,” the governor said.