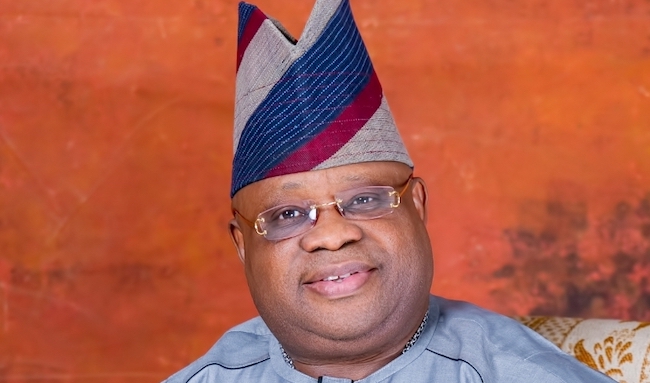 The outgoing Osun State Governor, Gboyega Oyetola, remains confident of eventual return as Senator Ademola Adeleke takes over on Sunday (today) as the governor of the state.

Adeleke, who is the governor-elect from the Peoples Democratic Party (PDP), would be inaugurated in Osogbo City Stadium.

Those expected at the inauguration include the PDP presidential candidate, Atiku Abubakar, the national chairman of the party, Dr Iyorchia Ayu, and other PDP governors.

The Independent National Electoral Commission (INEC) had in June 17 declared Adeleke as the winner of the Osun governorship election with a total of 403,371.

The outgoing Governor, Adegboyega Oyetola of the All Progressives Congress, had scored 375,027 votes.

Oyetola had in August approached the elections petition tribunal in the state to challenge the election outcome.

However, the PDP had described his step as a wasteful voyage.

Oyetola had few days ago appointed 30 civil servants as permanent secretaries, insisting, that the appointees would fill existing vacancies in the state civil service.

He had also signed the 2023 Appropriation Bill in the state into law.

These steps, hours to the end of his tenure, had been interpreted by the PDP in the state as unacceptable, even as Adeleke had warned the newly appointed permanent secretaries to reject the offer, or they would be sacked from the civil when he take over a governor today.

Already, many parts of the state, especially the capital, Oshogbo is already in festive mood ahead of Adeleke’e inauguration.

Many people were seen trooping along routes leading to the venue of the event in different colorful matching attires.

Group slams Wike over ‘undemocratic’ Executive Order, vows to challenge it in court