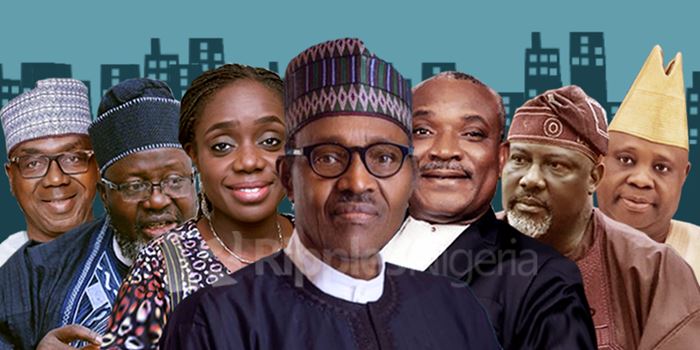 Nigerians are in love with accolades. It is not uncommon to come across prominent individuals with such prefixes as Chief, Sir, Doctor, Professor, Alhaji XYZ. At other times, they have their names decorated with such academic degrees as B.Sc, BA, MSc, MBA, or PhD.

It is, perhaps, this urge that has driven some accomplished persons to the desperate point of paying for, forging or acquiring fake certificates, sometimes from unrecognized institutions.

Thus, it has become a thing of monumental embarrassment to learn that people handed the responsibility of piloting the affairs of the State or notable institutions, at different levels, actually assumed office with forged or fake certificates. Nigerians are no strangers to this kind of embarrassment. It is now normal for people to read on news platforms that their governor or senator lied about the school he claimed to have attended or is parading a bought or fake certificate.

The most disturbing aspect of this act of public disgrace is that most of the certificates alleged to have been forged are the ones that are assumed to be commonly acquired. Therefore, it is either that a public official is in office with a fake National Youth Service Corps (NYSC) discharge or exemption certificate or a forged West African Examination Council (WAEC) certificate or that the university he attended, whether home or abroad, comes out to declare that he never graduated from their institution.

Only recently, the nation has been enveloped in a cloud of scandals which has left a few ‘big men’ with a feeling of humiliation, sprinkled with a stench of public disgrace. These public officials have gotten themselves rolling shamefully in the dirty waters of certificate scandal of different proportions. Ripples Nigeria attempts profiling a few.

Perhaps, it is best to start with the Minister of Communications, Adebayo Shittu, who failed to participate in the compulsory National Youth Service Corps (NYSC). Shittu graduated from the University of Ife, now Obafemi Awolowo in 1978 when he was just 25. He read Law. He attended the Nigerian Law School, Lagos and got qualified as a lawyer in 1979.

The Governor elect of Ogun State, Dapo Abiodun, is alleged to have provided “false information” in the academic qualification he submitted to the Independent National Electoral Commission (INEC). A light was beamed in this direction when it became glaring that when he ran as All Progressives Congress (APC) senatorial candidate for Ogun East in 2015, he claimed that he attended the University of Ife where he graduated in 1986 and Kennesaw State University, Atlanta, Georgia, United States of America – 1989 – in his INEC form CF001, backed by an affidavit he swore to at the High Court, Abeokuta, Ogun State.

Thus, Abiodun’s refusal not to include the two degrees in the form CF001 submitted for the 2019 election raised eyebrows that he did not even participate the compulsory national service. This certificate scandal prompted a legal practitioner, Abdulrrafiu Baruwa to file a suit seeking his disqualification during the election. Baruwa was on the standpoint that Abiodun graduated from the University of Ife before he clocked 30 but he did not attend the compulsory national service and he does even have an exemption certificate either.

However, in a fast move to cover his (President Buhari) tracks, as believed in some quarters, the President got an Attestation and Confirmation of result from WAEC’s Registrar, Dr Iyi Uwadiae, who came to the State House, on November 2, 2018 to specially deliver it to him.

The governorship candidate of the Peoples Democratic Party (PDP) in the September 22, 2018 governorship election in Osun State, Senator Ademola Adeleke, is not left out in the fold of those with certificate scandals. The dancing Senator representing Osun West senatorial district at the National Assembly has been baptized with a lot of court cases surrounding his alleged WAEC certificate forgery. The lawmaker had claimed that he sat in the May/June 1981 WAEC examination at Ede Muslim High School in Osun State.

The former Rector of Igbajo Polytechnic, Osun State and former Acting Deputy Vice Chancellor, Oduduwa University, Ogun State, Professor Olaolu Olugbenga, is alleged to have a fake PhD certificate – a fraudulent act that made the officials of the Independent Corrupt Practices and Other Related Commission (ICPC) to get him arrested. He claimed to have obtained a MSc and PhD in Economics from the University of Ibadan (UI).  However, UI has written to the management of Igbajo Polytechnic denying the certificates presented by Olaolu.

The Governor elect of Kwara State, Alhaji Abdulrahman Abdulrazaq, is also enwrapped in a certificate scandal. He is purported to have forged the WAEC certificate he presented to INEC for the state’s – Kwara State – gubernatorial election. His party – the APC – has been of the view that the certificate scam heaped on him is only a move to distract him.

A Kwara State High Court already gave Abdulrazaq 30 days to defend the authenticity of his WAEC certificate. The court issued the ultimatum following a suit filed against him by one Adekunle Oluwafemi Abraham. The case, with suit number KWS/73/2019, was assigned to the court of Justice Adenike Akinpelu.

The former Minister of Finance, Kemi Adeosun, on September 14, 2018, resigned from his ministerial position over the accusation that her NYSC exemption certificate was forged. The fake exemption certificate she was parading was dated September 2009, and surprisingly reported to have the signature of an NYSC Director-General, Yusuf Bomoi, who already left the scheme in January 2009. On the resignation of Adeosun, President Buhari assigned the Minister of State Budget and Planning, Mrs. Zainab Ahmed, to oversee the ministry immediately.

The Senior Special Assistant to President Buhari on Prosecution and the Chairman of the Special Investigation Panel on the Recovery of Public Property, Okoi Obono-Obla, is not bereft of a certificate scam. His case was brought to public light when the Human Rights Writers Association of Nigeria (HURIWA) stated in a petition sent to the Chairman of the House of Representatives Ad Hoc Committee on the Legality and Activities of the Special Presidential Investigation Panel on the Recovery of Public Property that Obono-Obla allegedly forged the certificate he used to gain admission into University of Jos.

HURIWA has it that the credentials of Ofem Okoi Ofem, who changed his name to Okoi Obono-Obla gained admission into the University of Jos with a suspected fake WAEC result. Obono-Obla is yet to resign like Adeosun as the case is still in the Federal High Court, Abuja.

The Senator representing Kogi West, Dino Melaye, was alleged to have not graduated from Ahmadu Bello University (ABU), Zaria, Kaduna State – where he claimed to have bagged a first degree in Geography. On March 20, 2017, Sahara Reporters, an online medium, fired that Melaye did not graduate from ABU pointing out that he reportedly greased the palm of the Head of Department in order to have his way with being acknowledged as one who attended the school.

Sahara reporters insisted that some lecturers in the Department of Geography – at ABU – insisted that the Senator, who is the Chairman, Senate Committee on Federal Capital Territory, did not graduate from the department while establishing another allegation that he failed five courses, thus, his name was not on the graduation list.

Through thorough investigation, however, it became glaring that the Senator has a Bachelor of Arts degree in Geography from ABU. He bagged a third class degree and possesses a diploma certificate from the University of Jos.

The Senator representing Bayelsa West senatorial district, Foster Ogola, equally has a garland of certificate scandal. He is alleged to have fake credentials from an unaccredited university in Nigeria. According to his profile on National Assembly website, he has a PhD from GMF Christian University, Lagos. It was, however, found that the university has no official website and it is not accredited by the National Universities Commission (NUC).

More so, the Senator, who is the Vice Chairman of the Senate Committee on Information Communication Technology and Cybercrime, as he claimed to have bagged a PhD from the school in 2012, no research paper has been found to be his own. In an inquiry on the validity of the university, the Director of Corporate Communications of the NUC, Ibrahim Yakasai, said: “We have never heard of that name.”

It is believed that the PDP shielded him from all political and court attacks despite calls to make INEC disqualify him from participating in the election.

Why the scramble when all you need is ‘School Cert?’

It may be safe to argue that it is a disrespect to Nigerians and everything Nigeria for a public official to sit tight to his position after being nabbed in an ignominious act like certificate forgery. Indeed, why the scramble for gorgeous certificates when the constitution prescribes a mere WAEC certificate, especially for those aspiring to political positions?

Section 131 (d) of the 1999 Constitution is explicit as it provides that; a person shall be qualified for election to the office of President if he has been educated up to at least school certificate level or its equivalent. Section 177 (d); 142 (2), 187 (2); 65 (2) (a) and 106 (c) prescribed same for governors, vice president, deputy governors, National Assembly and State Assembly members respectively.

A major concern for keen observers, therefore, is the fear that those who attain positions of authority through questionable certificates will most likely attempt to remain power through dubious means, with all the attendant negative implications for national development and growth.