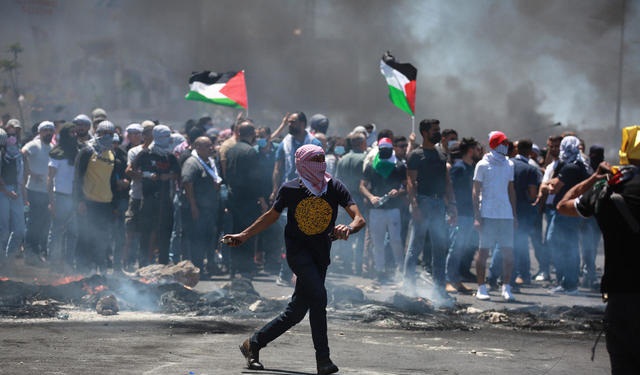 Palestinians living in the occupied West Bank and East Jerusalem territories are gathering for a ‘Day of Rage’ protests on Friday, in support of six Palestinian prisoners who escaped from an Israeli prison.

The rally was in response to calls by the leadership on Hamas and other Palestinian resistance groups to celebrate the heroic deeds of the prisoners who broke out of the Israeli maximum security facility earlier in the week.

They are also protesting against the punitive measures that the Israeli jail authorities have imposed on imprisoned members of the Islamic Jihad, another group active in the Gaza Strip, in the wake of the brazen escape from one of the country’s most secure prisons.

The six men had tunnelled out of the high-security Gilboa jail on Monday, triggering celebration and solidarity protests in the Palestinian territories.

Several relatives of the escaped prisoners have been arrested, including three people on Friday morning, as part of an Israeli manhunt to capture them.

Israeli forces were on their second-highest level of alert on Friday, after a state of emergency had been declared, and fully prepared for protests in the occupied Palestinian territories and possible riots within israeli jails.

Abdallah Abu Rahme, an activist from Bilin in the West Bank, who travelled to Beita in the north to take part in the protests, said:

“It is our duty as Palestinians and activists to support the escaped prisoners. It is very good news that they escaped and we all support them.”

Muhammad Khabeisa, who said he lost agricultural land to the illegal Israeli settlement of Evyatar in Beita, said his whole village backed the escaped prisoners.

“The prisoners in Palestinian jails are longing for freedom. They want to live their lives. They are not ordinary criminals, but patriots fighting for freedom.

“The Israelis have put Palestinians in prison with the occupation of their land. When the Palestinians take up arms, the world calls us terrorists and when we lay down our arms and resist peacefully, the Israelis kill us.

“And even when we don’t protest peacefully, they take our land. What can we do?” Khabeisa said.