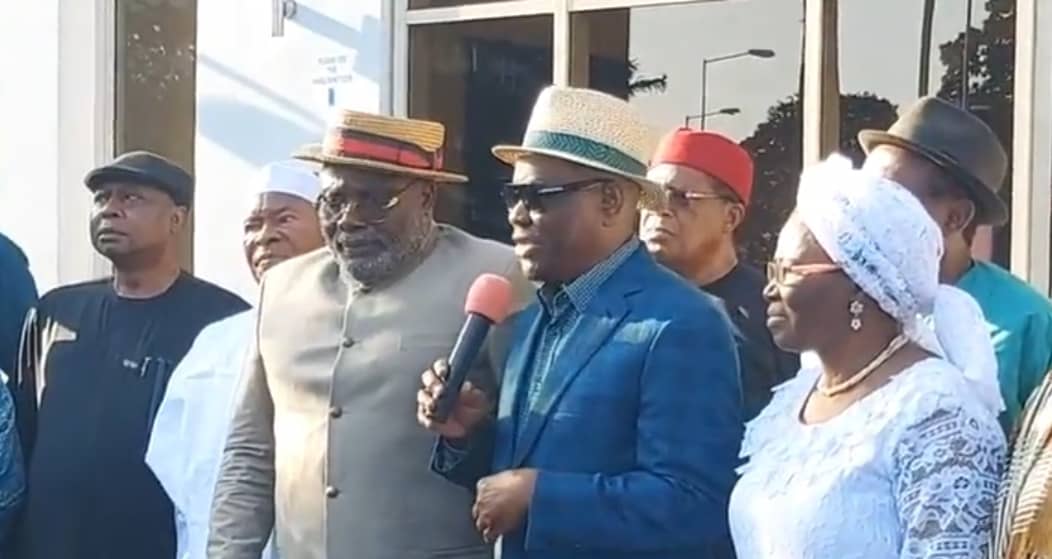 The meeting between the Peoples Democratic Party (PDP) Board of Trustees and the Rivers State Governor, Nyesom Wike ended in a stalemate on Tuesday.

The meeting which took place at the Rivers State Government House in Port Harcourt was attended by members of the BoT led by its Acting Chairman, Adolphus Wabara, and some politicians from Wike’s camp.

The meeting was initiated by the BoT in a bid to find a lasting solution to the party’s crisis.

Wike and his supporters including the Oyo State Governor, Seyi Makinde, and his Abia State counterpart, Okezie Ikpeazu, are pushing for the resignation of the PDP National Chairman, Iyorchia Ayu, over his role in the crisis that gripped the party since the conclusion of its presidential primary on May 28.

The group withdrew from the PDP Presidential Campaign Council about two weeks ago over the party’s reluctance to remove Ayu as national chairman.

Wike and the PDP presidential candidate, Atiku Abubakar, reportedly met last week in Abuja as part of ongoing efforts at resolving the crisis before the election.

Wabara, who addressed journalists at the end of the meeting, said no conclusion had been reached on the matter.

He said: “We have not reached any conclusion. I want you to know that it is always easy to discuss issues like this, but it takes time to achieve peace.

“But we were better informed. We have gotten some new information. Every coin has two sides. In concrete terms, it is a work in progress.

“I’m acting chairman of the Board of Trustees of this party. I do not have the exclusiveness to stand here and tell you what the BoT will come up with. We have come here and we are going back. We will convene a meeting of the BoT, brief them and that is when Nigerians will know our position.”