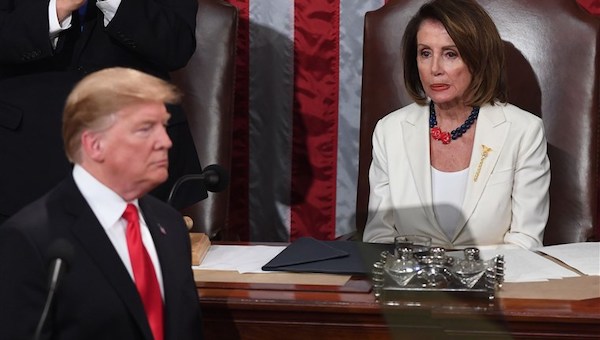 The Speaker of the United States House of Representatives, Nancy Pelosi, Saturday told her colleagues to be ready to vote to send articles of impeachment against President Donald Trump to the Senate next week.

“In an impeachment trial, every Senator takes an oath to ‘do impartial justice according to the Constitution and laws,'” she wrote.

“Every Senator now faces a choice: to be loyal to the President or the Constitution.”

Pelosi’s letter signals the end of the weeks-long standoff between the House and Senate over the articles, after the California Democrat delayed sending the two articles of impeachment the House passed last month to the Senate while Democrats pressed Senate Majority Leader, Mitch McConnell, to agree to have witnesses in the trial, the CNN reports.

The Democrats dominated House had on December 19 last year impeached the President for abuse of office and obstruction of the Congress.

For the abuse of office, Trump was accused of withholding millions in military aid to Ukraine and a White House meeting with Ukraine’s president as bargaining chips to push Kiev into investigating his Democratic rival Joe Biden.

The Republican president was put in the dock for obstructing the Congress after White House refused to allow staff to testify during impeachment hearings in the House.

Related Topics:Donald TrumpPelosi
Up Next