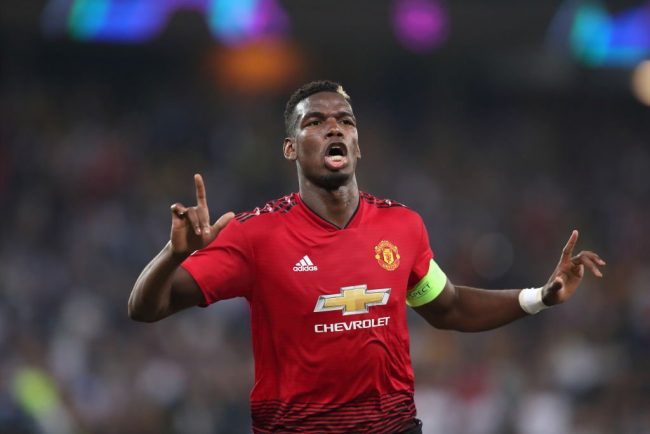 French midfielder, Paul Pogba scored a brace to help Manchester United get off to a winning start in the Champions league as they thrashed Young Boys 3-0 in Switzerland.

The Red Devils kicked off their Group H campaign with a bang, as a precise left-footed shot by Pogba opened the scoring on the 35th minute before he doubled their lead on the spot just before half time.

Anthony Martial added the third goal midway through the second half, with a strike that deflected past Young Boys goalkeeper David von Ballmoos.

In the other Group H game between Valencia and Juventus, star forward Cristiano Ronaldo was shown a red card but his team Juventus won 2-0 over their hosts.

The Portuguese star appeared to grab Valencia defender Jeison Murillo’s hair as they tangled off the ball in the half-hour mark and was shown a straight red card.

10-man Juve rallied and took the lead on the stroke of half-time when Miralem Pjanic scored from the penalty spot, and shortly after the break, Pjanic stroked home another spot-kick.

Maxwel Cornet and Nabil Fekir were the goalscorers for the visitors, before Bernardo Silva pulled one back for City at the Etihad Stadium on Wednesday night.