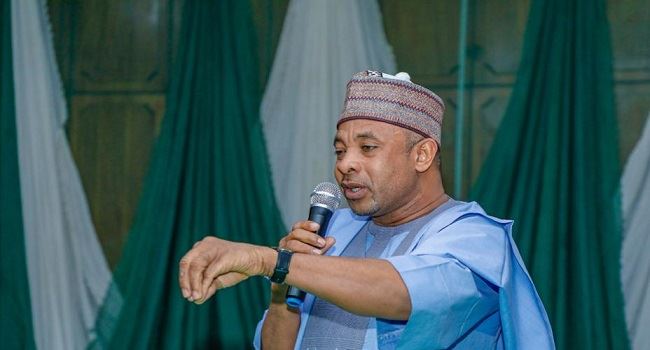 The Katsina State Police Command has effected the arrest of Nastura Ashir Sharif, the leader of the Coalition of Northern Groups (CNG), for allegedly spearheading the protests against President Muhammadu Buhari in Katsina State.

CNG, in a statement on its Facebook page, on Wednesday said that Sharif was arrested and taken to Abuja after leading a massive peaceful protest on Tuesday in the state over bandits’ attacks and killings.

The CNG Board of Trustees chairman in the Facebook post said; “Sharif is currently being detained at the Nigeria Police Force HQ, Abuja. He is against the killing of helpless citizens by bandits”.

“The Police boss told the youth leader that the Inspector General wanted to see him in Abuja and they went together.

This came after the abduction of two persons in Katsina State last week led to wild demonstrations by protesters who shut the Katsina – Kankara Highway and other adjoining roads at Yantumaki in Danmusa Local Government Area of the state.

Billboards of President Muhammadu Buhari and the ruling All Progressives Congress (APC) were also destroyed by the angry protesters who were enraged by the spate of insecurity following the abduction of the two persons in the town.