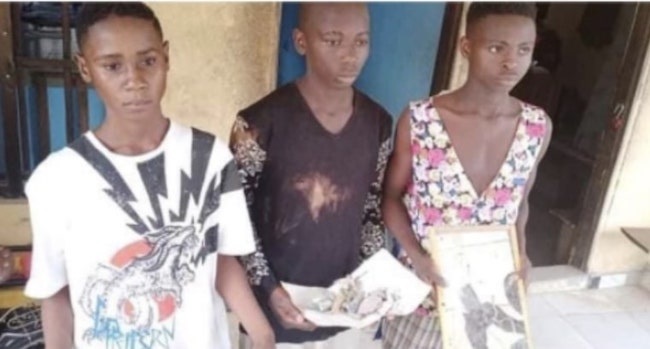 The spokesman for the state police command, Asinim Butswat, who confirmed the development to journalists on Tuesday listed the suspects as Emomotimi Magbisa, (16), Perebi Aweke (15), and Eke Prince (15).

He said the three boys were arrested on Monday after they allegedly lured one Endeley Comfort to Emomotimi’s apartment at Sagbama community in the state.

He added that the suspects cut the victim’s finger and sprinkled the blood on a mirror for heinous purposes.

“The suspects were subsequently arrested and some substances suspected to be charms were recovered from them. The suspects have confessed to the crime while the victim was rushed to the hospital for treatment.”

NSCDC sets up ‘Female Squad’ to secure schools in Kwara