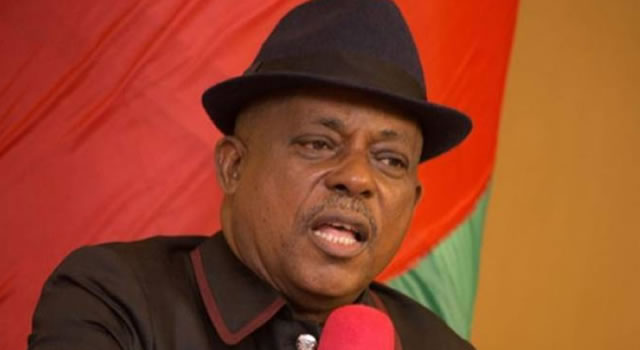 The Buhari Media Organisation (BMO) has lampooned the opposition Peoples Democratic Party (PDP), accusing it of “engaging in shameful, infantile acts before the international community to buttress its status as an opposition party.”

In a statement jointly signed on Thursday by the Chairman of BMO, Niyi Akinsiju and Secretary, Cassidy Madueke, the Buhari media team said instead of the PDP jumping into issues without an adequate grasp of the situation, its leadership should rather seek insights from international bodies on how to play the role of a credible, responsible opposition in a democracy.

“We are surprised to see that PDP has resumed the embarrassing pandering to the United States authorities that it took to ridiculous heights in the Donald Trump years with its recent interaction with the political officer at the American Embassy.

“It is a reflection of the confusion within the ranks of the party that the PDP Chairman, Uche Secondus, sought to paint a dire security situation under President Muhammadu Buhari to a country that has had cause to laud the government on its handling of security and other issues.

“We wonder how a party that claims to be working on a non partisan conference on security chose to view the security situation in the country from a political perspective.

“Any Nigerian that is conversant with the threats posed by bandits knows that Zamfara State, the hotbed of banditry, has a PDP governor who incidentally is known to have variously praised the Buhari administration and the military for stemming the tide of criminality in the state.

“As for the Boko Haram insurgency, does Secondus need to be reminded that it was one of the infamous legacies its party left after 16 years of misrule, but which this government has pushed to the fringes of the Lake Chad?

“If indeed PDP is convening a no-holds-barred, ‘no partisan summit on security’, we dare say it won’t be happy with the outcome that will point to its role in denying the security agencies of the necessary equipment as well as impoverishing Nigerians over the years.

“We invite Nigerians to note that between 2015 and now, the country has grown to become the 35th strongest country in the global firepower ranking and the third in Africa, behind Algeria and South Africa, as a result of the massive acquisition of military hardware and platforms.”

Expressing concern that the PDP was playing to the gallery by talking about Buhari signing the amendment to the Electoral Act more than one year into the tenure of another National Assembly, the BMO said:

“It is a known fact that the ninth National Assembly has only just started work on the amendment of the 2010 electoral act, and in fact, held a public hearing in December last year on the matter where Senate President Ahmad Lawan gave his words on the passage of the amendment bill within the first quarter of 2021.

“So, when PDP leaders gleefully spoke about the President signing a bill that has not been passed, it is clear that the party was being mischievous and was out to cast him in a bad light, especially because he turned down a bill fraught with loopholes that the previous PDP- controlled Legislature passed few months to the 2019 elections.

“A serious-minded party which is keen on real electoral reforms, and not political showmanship, should be calling on the ninth National Assembly to expedite action on the amendment bill to ensure that it is tested in early elections before 2023.

“This is one of the reasons we are convinced that the PDP indeed needs help to play the opposition role it has found itself in more than five years, but which it is yet to come to terms with.

“We believe that what the party should be doing is asking the US and international bodies for assistance for training workshops on the ‘role of a healthy opposition party, and constructive criticism in a democracy’.

“This should be the starting point in PDP’s engagement with the US and other members of the international community which its leaders are always rushing to meet.

“We are sure that the party’s needs would be met without stress and at no cost.”

Related Topics:APCBMOoppositionPDPPresident Muhammadu Buhari
Up Next