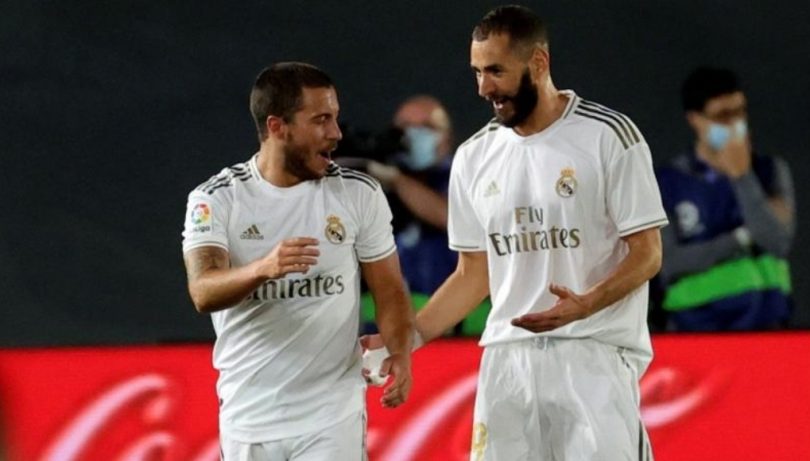 Real Madrid have successfully overtaken Barcelona at the top of the La Liga table after sealing a 1-0 victory over Espanyol on Sunday.

The Madrid giants who started the day a point behind Barca, moved two points clear of their rivals, who were held to a 2-2 draw by Celta Vigo over the weekend.

A goal by Casemiro assisted by Karim Benzema just before half time was enough to secure all three points for Real at Espanyol.

With six game left, Real are fighting to take the title from defending champion Barca.

On his sublime assist that led to the winning goal, Benzema said: “That was a good assist but the more important thing was Casemiro’s goal. For me that is football. This is how I see football and do things as they come.”

Barca are playing against Atletico Madrid next while Real are hosting Getafe.