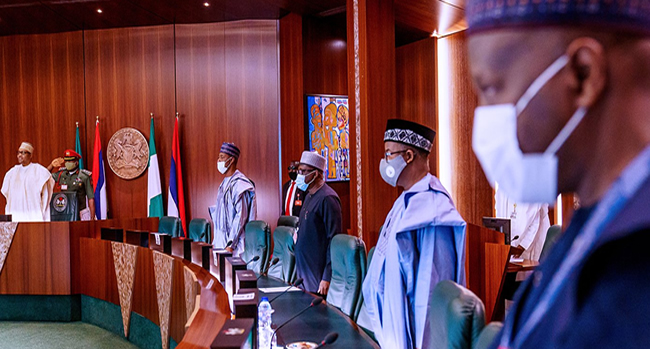 A bill for an Act to alter the 1999 Constitution to grant the National Assembly and State Houses of Assembly powers to summon the President and Governors has scaled second reading at the House of Reps.

Rep. Sergius Ogun (PDP–Edo) who sponsored the bill in his argument on Tuesday, March 16, in Abuja said the doctrine of separation of power must be upheld.

He said that the basic doctrine closely related to the exercise of legislative powers in a democracy was the doctrine of separation of powers.

Ogun said that such law would help to invite the President and Governors to answer questions on issues of national security.

He added that it would help them to also answer questions on any matter whatsoever, over which the national assembly and states houses of assembly have powers to make laws.

“You will recall what happened in January when the House summoned President Muhammadu Buhari but he failed to honour the invitation,” he said.

He said that part of the reasons adduced for the President’s non appearance was that the House had no constitutional power to invite him.

He said that such invitations to the president was not expressly stated in Nigerian laws, adding that the lawmakers must give it Constitutional backing to be able to summon the president and state governors.

Speaker of the House Femi Gbajabiamila however, referred the bill to the house ad hoc committee on the review of 1999 Constitution.