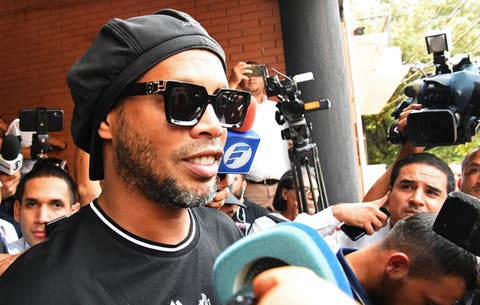 Brazilian legend, Ronaldinho has announced that he tested positive for COVID-19 and has abandoned an event he was meant to attend in Belo Horizonte.

The 40-year-old, who won 97 caps for Brazil between 1999 and 2013, posted a video to his Instagram story revealing his diagnosis.

He stated he was asymptomatic and was doing fine, but would have to abandon the event for later.

“I’ve been here in BH since yesterday, I came to participate in an event,” Ronaldinho said.

“I took the test and tested positive for Covid. I’m fine, asymptomatic, but we’ll have to leave the event for later. Soon we will be there together. Big hug!,” he added

Ronaldinho had just been released from prison, along with his brother Roberto Assis, who were both jailed in Paraguay in March after entering the country with fake passports .

The former Barcelona star won titles in both Spain and Italy, and lifting the Champions League title in the 2005-2006 campaign.

He also won the World Cup with Brazil, a Copa America title, a Confederations Cup and an Olympic Bronze medal in 2008.