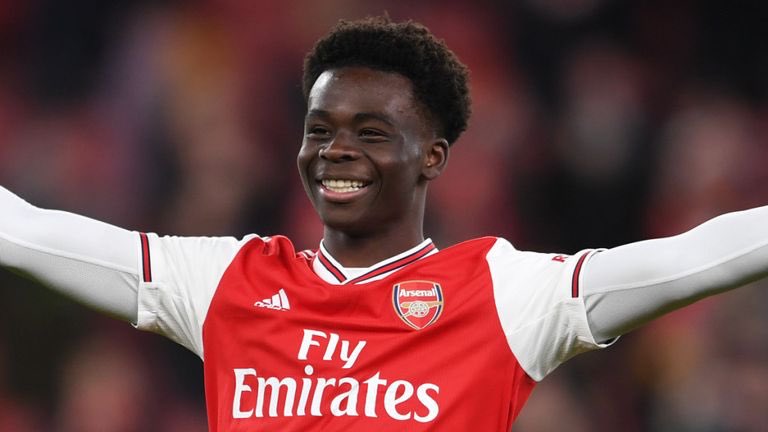 First-half substitute Bukayo Saka put up a brilliant performance again for Arsenal in their 3-2 comeback victory over Everton in the Premier League.

The 18-year-old, who came on in the 18th minute for Saed Kolasinac, fired a suberb left-wing cross for Eddie Nketiah to side-foot a volley home to draw level as the Toffees had gone ahead in the first minute through Dominic Calvert-Lewin.

The striker put the Gunners ahead for the first time in the game when he slotted home in the 33rd minute before Richarlison poked Everton level just before half-time.

But Aubameyang bagged the winner just at the start of the second half – taking his personal goals tally to 19 for the season and an impressive 60 in 95 games for the Gunners.

Meanwhile, Super Eagles forward, Alex Iwobi played for an hour in the encounter before he was replaced.

Everton had chances to get at least a draw at the Emirates stadium, but had few missed chances including Calvert-Lewin’s straight firing at goalkeeper Leno from close range.

The win means Arsenal remain unbeaten in 2020 and gives them back-to-back league victories for the first time since the opening two matches of the campaign.

Arsenal are 9th on the table while Everton are 11th.