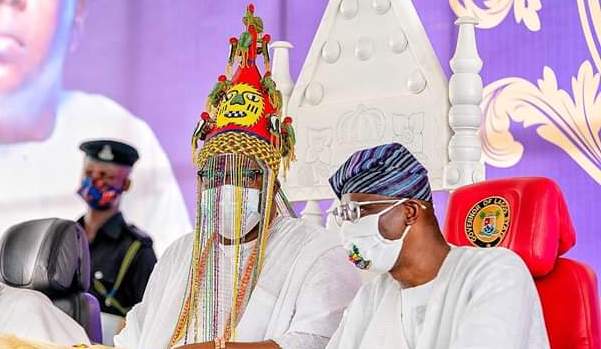 Lagos State Governor, Babajide Sanwo-Olu, on Wednesday asked the state High Court, Igbosere, to dismiss a suit challenging the recent installation of Gbolahan Lawal as the Oniru of Iruland.

Lawal, who was the state’s former Commissioner for Agriculture, was installed as the 15th Oniru of Iruland on Sunday.

The Abisogun Ruling House had in a suit asked the court to issue a perpetual injunction restraining Lawal from parading himself as Oniru of Iruland or performing either traditional ceremonies or rites relating to the throne until a new selection was made in the appropriate customary manner or in accordance with Section 9(1) of the Obas and Chiefs of Lagos State Law 1981.”

The suit was filed before Justice Owolabi Dabiri of the same court.

Lawal, Lagos State Governor and the state’s Attorney General are listed as respondents in the suit.

However, in a preliminary objection filed by the state’s Attorney-General and Commissioner for Justice, Moyosore Onigbanjo (SAN), the governor asked the court to strike out the suit for being incompetent.

READ ALSO: It’s forbidden for Lawal to be installed as Oniru of Iruland –Ruling family

He argued that the suit did not comply with “condition precedent” as the plaintiffs failed to exhaust statutory remedy provided in the extant Chieftaincy Declaration regulating succession to the Oniru of Lagos stool before they rushed to court.

“Clause 5 of Paragraph 5 of the declaration specifically provides that if there is a dispute on the choice of a candidate to fill the vacancy and the family head and other members of the family are unable to resolve it, the head of the family (Arole) shall report this matter, in writing, to the Oba of Lagos, who in turn shall refer it to an ad hoc committee made up of chiefs in the class to which the chieftaincy belongs for consideration and report to the Oba-in-Council.

“The Oba shall then forward the recommendation of the Oba-in-Council to the secretary to the competent local government.”

“The claimants have neglected or failed to take advantage of this remedy before coming to this court,” Sanwo-Olu said.