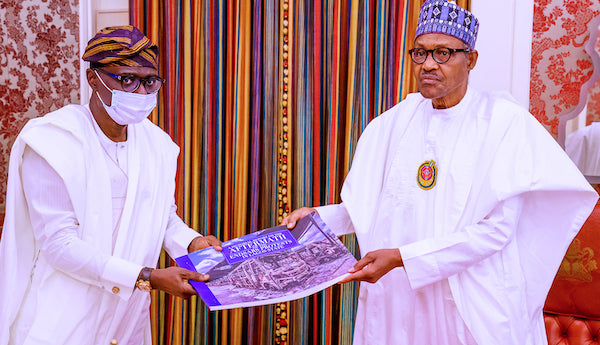 The Senior Special Assistant to the Governor on New Media, Gawat Jubril, who disclosed this on his Twitter handle, said Sanwo-Olu presented a report on properties damaged by hoodlums in Lagos.

The report, according to him, contained images of facilities destroyed in the state.

He wrote: “Governor @jidesanwoolu today, presented the report of the recent coordinated arson in Lagos State to President Buhari at the Presidential Villa, Abuja. In the report were the images of public and private assets destroyed in the violence sparked by the hijack of #EndSARS protest.”

The presidency also confirmed the meeting between the duo on its official Twitter handle.

Hoodlums had last month destroyed several properties in the state following the shooting of #EndSARS protesters by soldiers in the Lekki area of the state.