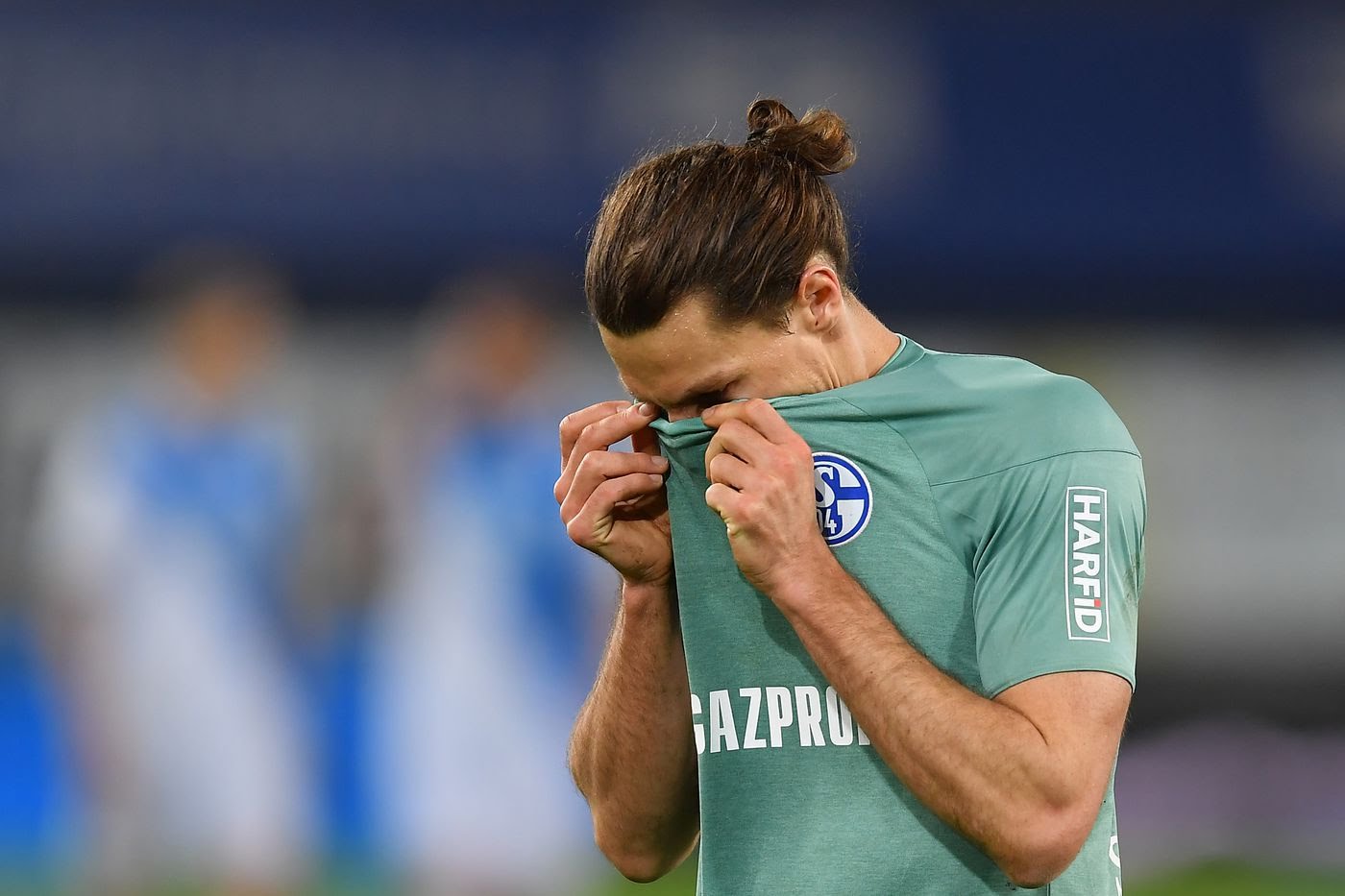 Players and staff of Bundesliga club, Schalke were greeted with verbal and physical abuses by their own fans on Wednesday.

This followed the club’s relegation from the German topflight after they fell to a 1-0 defeat to Arminia Bielefeld on Tuesday night.

The relegation was Schalke’s first drop into the second-tier in 33 years.

According to Police report, the players and staff were met by up to 600 of the club’s fans, who threw eggs and fireworks at them.

“Once the team arrived and stepped off the bus there were severe protests,” police said in a statement.

“Eggs were thrown at the players, who were also verbally attacked.”

Schalke have however cautioned the fans, stating that although their frustrations were understandable, their actions were unacceptable.

The club have played 30 league matches this season, winning only two, picking up seven draws and losing 21.

The 2018 league runners-up are one of the most well supported clubs in Germany, typically drawing more than 60,000 fans to home games.